Edward Burtynsky is a Canadian photographer known for his aerial photographs of landscape transformed by human industry. His work currently hangs in more than 50 museums around the world, including prestigious institutions like the  Guggenheim Museum, the National Gallery of Canada, and the Bibliothèque Nationale in France.

Burtynsky’s aerial shots are rich in color, texture, and line. They often confront the viewer with something that appears at first glance to be alien, or unrecognizable. He has focused on projects whose scales seem to dwarf the humans creating them: massive quarries, mines, and industrial waste processing sites. His latest project explores the theme of earth in an epoch dominated by human beings. Anthropocene, which debuts today as a film and museum exhibition, made extensive use of DJI drones.

For many of his works, Burtynsky uses a large format camera. He finds a vantage point he can climb to high above his subject, or uses a helicopter to get the right perspective. “I first started shooting from the air with a helicopter using a 4x5 camera around 2003 (see Highway #1 Los Angeles California USA 2003),” recalled Burtynsky. “Shooting handheld from a helicopter was very challenging with more failed attempts than successes.” 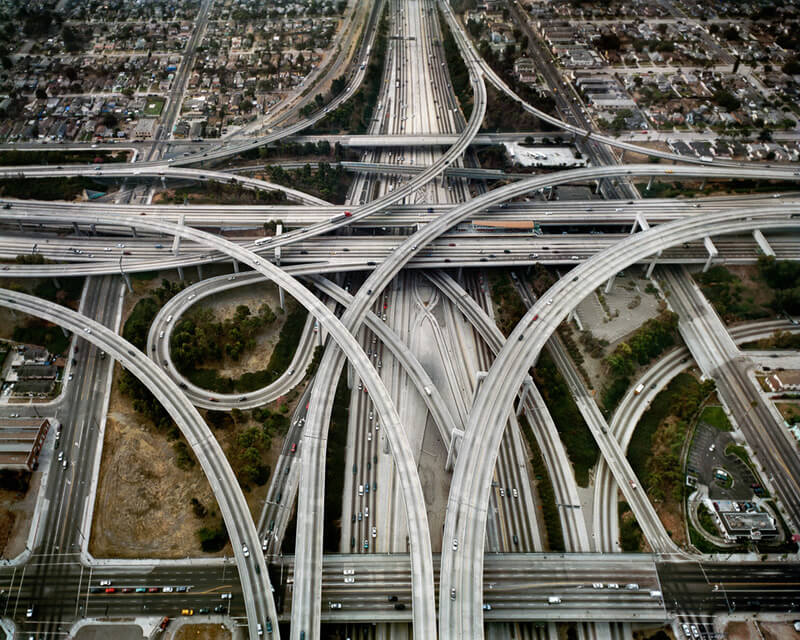 “I also used a gyro stabilizer with a medium format digital camera, a 38MP but not a Hasselblad, leading to my first very first successful aerial shoot from a helicopter in 2006 (see AMARC #5 Tucson Arizona USA 2006)” 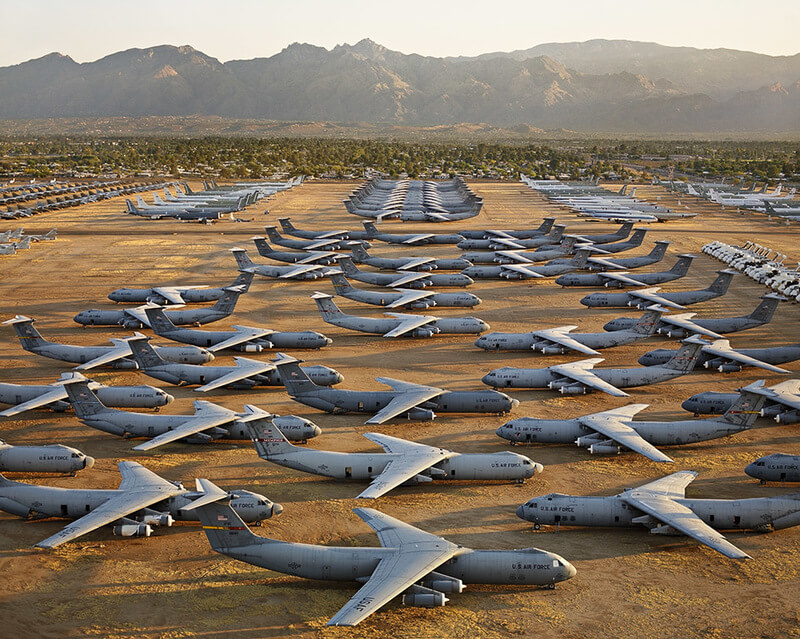 In more recent years, Burtynsky has embraced the use of drones. “In early 2011 as we were planning the Water and Watermark film, it was clear that there would be a substantial need for aerial work much of which would need to be done from a helicopter. From 2006 to 2011 I had done a number of projects using a helicopter. With upcoming shoots in China and India, where hiring helicopters or small planes was not an option, we looked at the newly emerging UAV (drone) options.”

2011 was two years prior to the launch of the now iconic DJI Phantom. But small drones were already starting to make inroads into work traditionally done by helicopters. “We looked at a company that had shot some magnificent drone footage for the film Curse of the Golden Flower. They however were far too expensive and a cumbersome option. They used gas powered drones requiring a huge van and crew costing $35,000 per day. We ended up using Freely Cinema out of Seattle, using a customized hobby helicopter that was able to carry a RED Epic camera and also my Hasselblad. This was in October 2011. In comparison to using a helicopter, the drone offered a more intimate connection to subject matter.”

For his latest Project, Anthropocene, Burtynsky began using much smaller drones. “For Anthropocene, we used the DJI Inspire, Freely Alta and in some behind the scenes footage in Komodo we used a DJI Mavic.” The availability of small, powerful drones has given Burtynsky a lot of new flexibility. “In many places around the world, using a helicopter is not an option and where it is, the costs are enormous. A one day Cineflex shoot can cost between $20,000 - $30,000 or even more with the Shotover system.”

Burtynsky appreciates the way new technology is democratizing access to aerial imagery. “It will start making what was a privileged and hard-to-get point of view far more accessible to the masses, allowing for a greater diversity of perspectives.” At the same time, he is wary of drones turning aerial images into a cliche. “There is a danger of drone shots for the sake of drone shots, not adding to the narrative. This could lead to an intolerance of drone shots. Drones should only be used when they are truly additive to the story that an artist is telling.”

Asked what he would like to see in the future, Burtynsky talked about some of the novel ways he has combined DJI technology with his more traditional aerial photography. “It would be great to have stabilized controllable device that can be used in a helicopter. In Borneo, I did some footage using the DJI Osmo attached to monopods that we reached out the door of the helicopter. Having an advanced version of this that is custom-built for this type of work would be great.”

He feels that the use of drones was cutting edge a few years ago, but is now commonplace. So he’s looking forward to the next wave of innovation. “When I first started using drones, I feel that I was  pushing the envelope of what was possible. With advances and innovations I will continue to look to see what new technologies offer and find further ways to push beyond the envelope of possibilities.”