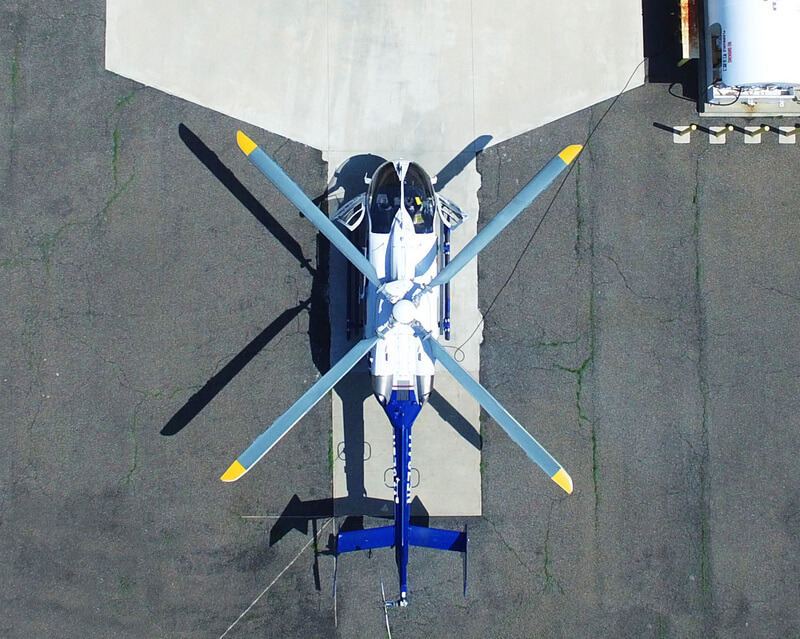 Photo by Jody Johnson. Flown with permission of local airfield.

When Jody Johnson began filming the demolition of the "Greystone Aslyum," a legendary mental hospital near her New Jersey home, she was just a hobbyist experimenting with what her new drone could do. But what began as a fun pastime turned into something more meaningful, and Johnson went on to craft a documentary about efforts to save the historic building. Her movie, Greystone Rising, went on to win best in show for the Architecture category at the 2016 Drone Film Festival. While shooting that project, Johnson also met her current husband on set, and she credits drones with helping to make the love connection. She is an active member of the Women who Drone community still flies as a hobbyist, capturing monster truck rallies, cattle herds, and training exercises by her local fire department. Recently she got tired of turning down offers for aerial work, and is studying for her Part 107 exam.

How did you get into drones?

I first learned about drones while scrolling through my Facebook feed early in 2014. My friend's husband posted a video of their daughter and the view of her kept getting higher and higher. I had no idea how he got the footage but I knew I needed to get my hands on whatever captured it. A few days later I had a brand new Phantom 2 Vision Plus. I had played around with "quadcopters" without any on board cameras before but the technology in the Phantom was beyond what I thought was capable for the average Jo(dy).

So, what was the path from trying a drone to winning at the Drone Film Festival?

In early 2015 my "flying buddies" and I met at Greystone Park Psychiatric Hospital to fly around. They raced around the dome, they could all fly better than me back then, while I took my time appreciating the beauty of the historic insane asylum and maneuvering slowly to capture the detail and craftsmanship that went into this amazing structure.

When I got home and looked over the footage, I knew that the demolition of Greystone would be my first real project. I had a friend who wanted to make sure I was getting the best footage I could, and surprised me with a DJI Phantom 3 Pro to start my project with. Thousands upon thousands of people had tried to save the building so my videos, which I posted almost weekly, gained a lot of attention. TV stations and newspapers started asking for my footage which I was happy to share.

In the end, I wanted to make a film that paid tribute to Greystone. A lot of other photographers and film makers were drawn to the site, and so in time we all began to know each other. I reached out to two of these new acquaintances when it was time to edit the months of footage that I had taken. Lisa Marie Blohm ended up editing the film and Christina Matthews gave us spoken words from her interviews of previous Greystone employees, family members of patients, and preservationists.

The more I learned about the building the more I felt it could have been saved. "Greystone Rising" ended up winning the NYC Drone Film Festival in which the prize was a DJI inspire. Things have snowballed from there and I feel like I earned my spot in what started out as a male dominated hobby.

On a side note, the project supervisor from the demolition company came out early on in 2015 to ask me about my drone. Now in 2018 we have several vacations, a wedding ceremony in a Vegas chapel and a new house under our belt. My drone found me someone I waited a long time for.

What are you up to these days? What does the future hold?

My new Mavic Air comes with me in my car and on planes because in most cases, I like to be surprised by what I capture rather than planning things out. The other day I pulled over when I saw a rowboat that had gotten loose from the dock and got stuck on the edge of a waterfall. This unexpected shot has become one of my favorite pictures. I like to capture things that show some type of movement and generally only around 75-100 feet from the object. I like to see detail in my photos so I fly just high enough to make it obvious that it wasn't taken with a regular camera. With that said, I also enjoy volunteering locally for the fire department, police, town events etc. I have two projects going on now without specific deadlines. This allows me to be as creative as possible especially since my films are not driven by money. 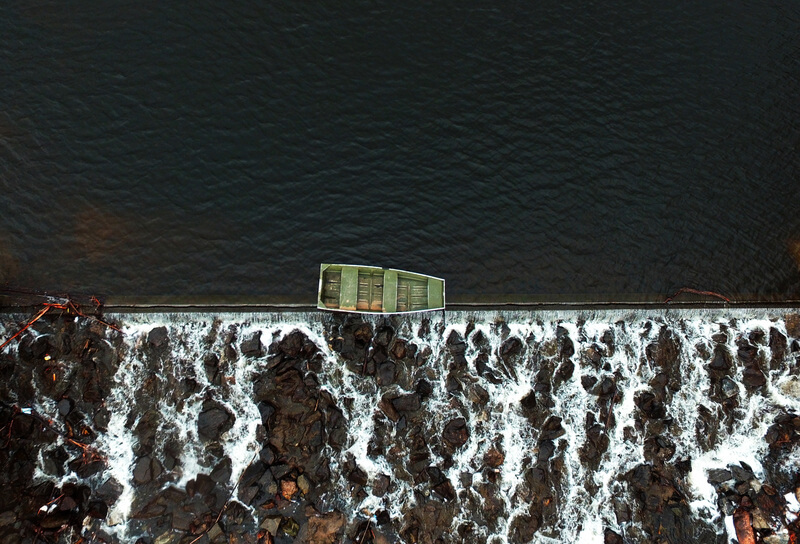 I have been working with people who have special needs for over 15 years. I do not plan to leave this profession, however, it is my intention to continue flying as often as possible. It is not uncommon for me to be approached while I am flying by people inquiring about my drone(s). When someone asks me for my opinion on a good "starter drone" or how they can get into the hobby I am always happy to share my thoughts. There have been several occasions where I have stayed in touch with people I've met and taught them to fly their new drones at local parks. My daughter will be heading off to college in another year so I will be leaning on my DJI products as separation therapy tools.

I do not currently have my Part 107, however I have recently made the decision to start taking the Remote Pilot 101 course. I've realized that I am passing off too many job opportunities that could be making me money to buy more drones. I have worked alongside of a few certified pilots on commercial jobs but it will be nice to be able to take some fun jobs to complete on my own. The reason that I have held out on this, is because I feel the AMA rules have been very easy to follow and have covered me for what I've used drones for up to this point.