San Diego – DJI built a special experience boat outside this year’s Comic-Con from July 9 to 12 with an assortment of exhibitions, activities and speakers that unleash comic readers’ inner hero. 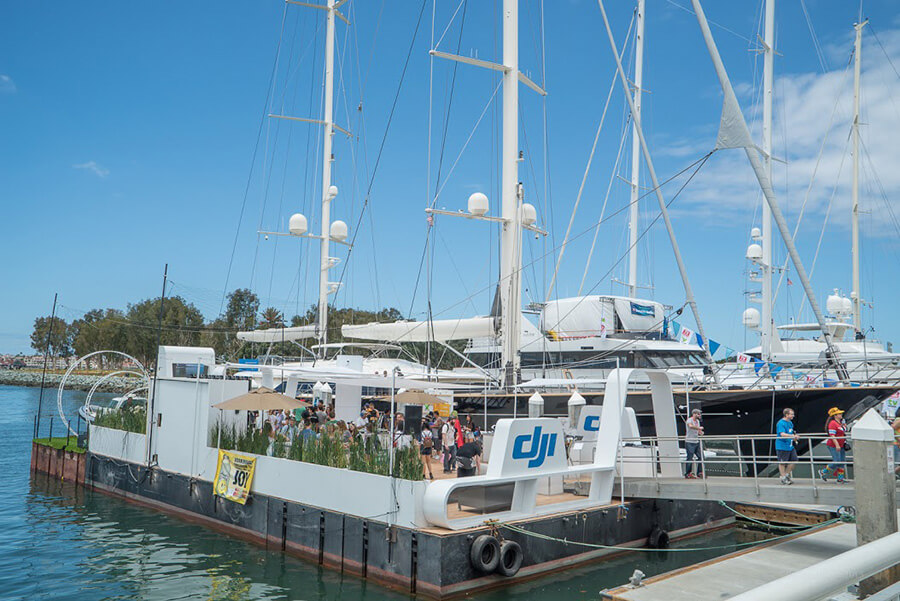 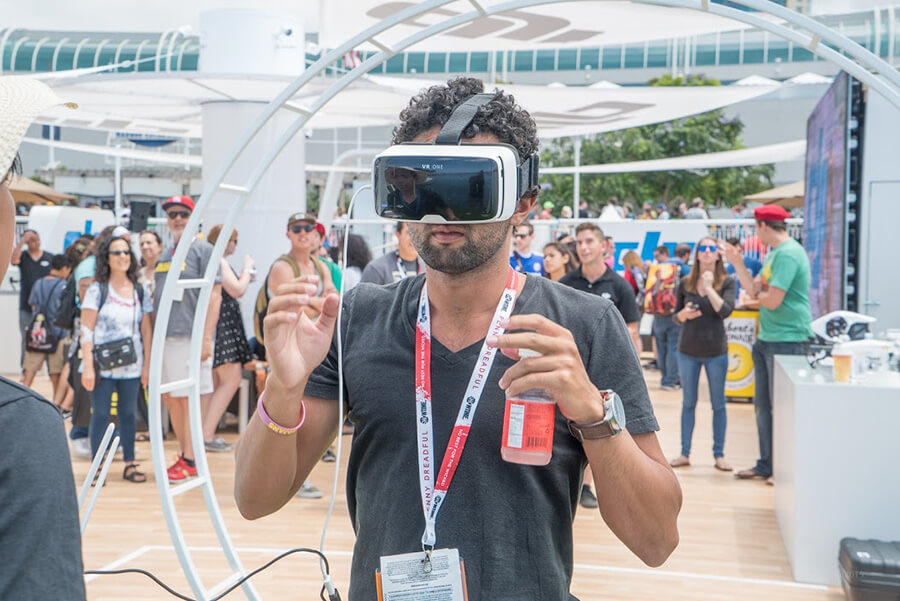 Using software developed by San Diego’s own Spark Aerial, fans wore Virtual Reality goggles that allowed them to control the camera on a flying Inspire 1, giving them a 360⁰ view with simple movements of their head, recreating a soaring superhero’s perspective. 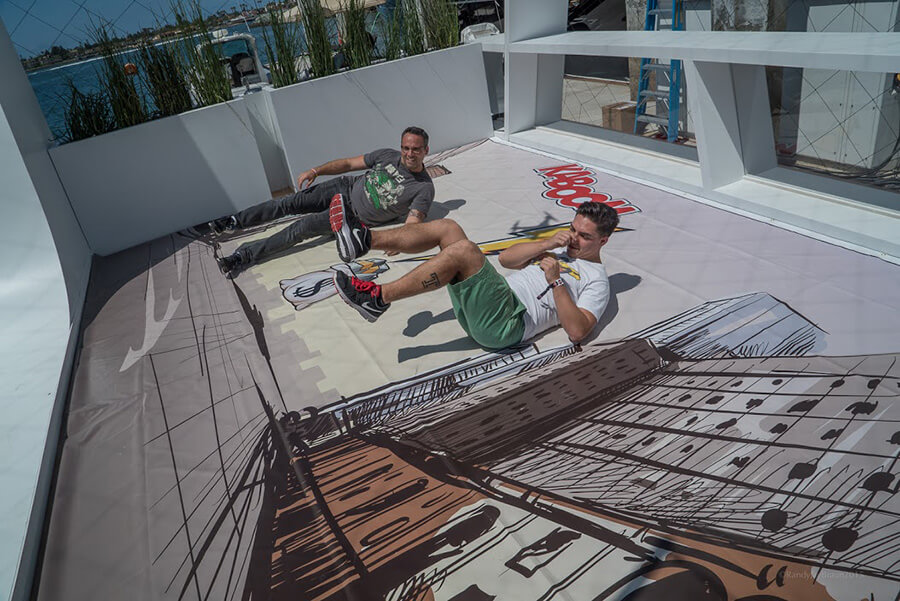 A unique set was also built to let fans create their own comic book adventure. Visitors posed with props, and their scene was captured from a Phantom 3’s aerial perspective, making it appear as though fans were actually flying, diving, and jumping over the city. 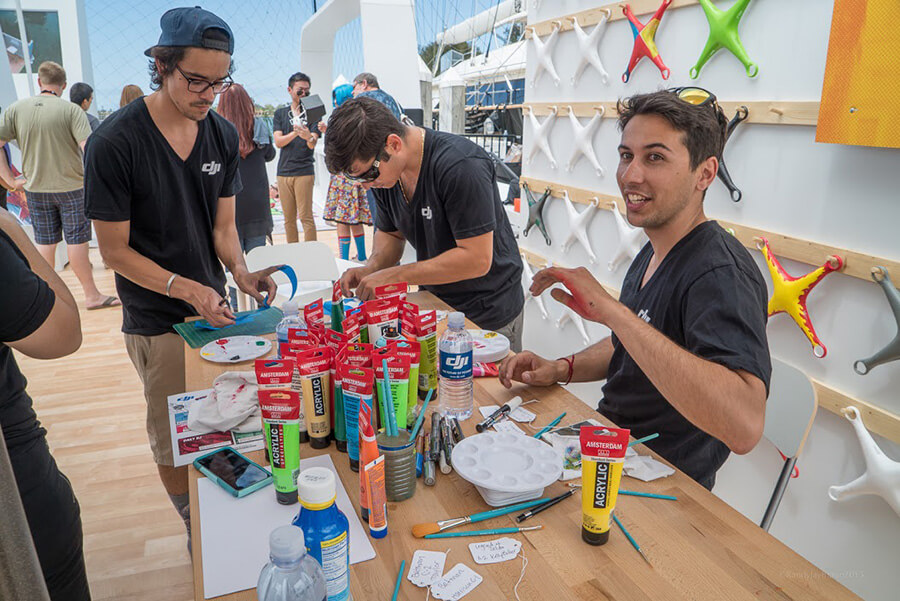 Artists were available on-site to paint custom Phantom shells with designs on request, all for free. 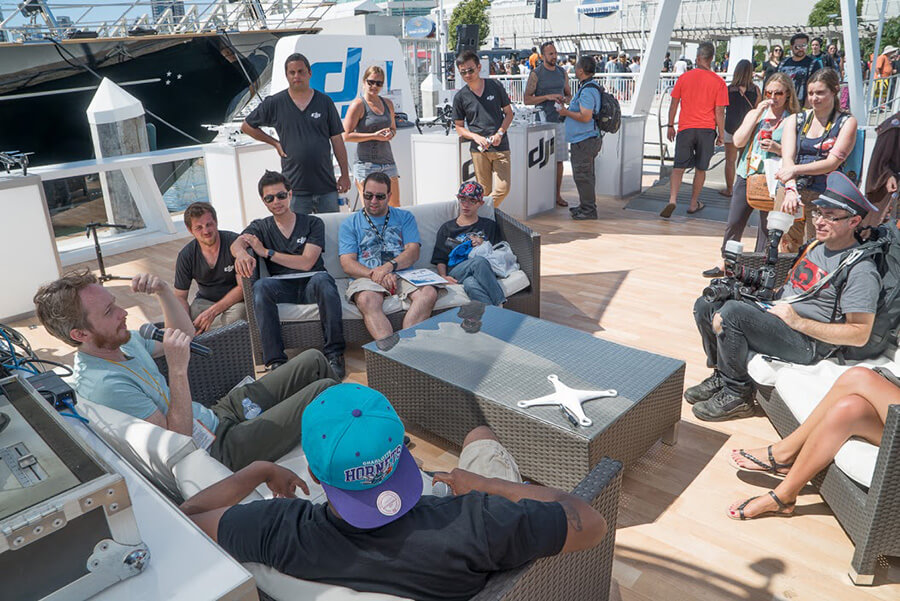 For those wanting to create a superhero franchise of their own, DJI gathered a group of creative minds to speak to fans about how to make great original content. The speakers include Emmy and Annie Award winner Zeb Wells, Eisner Award winner Steve Lieber, recognized film director Ben West and the duo behind YouTube’s Corridor Digital, Sam Gorski and Niko Pueringer. 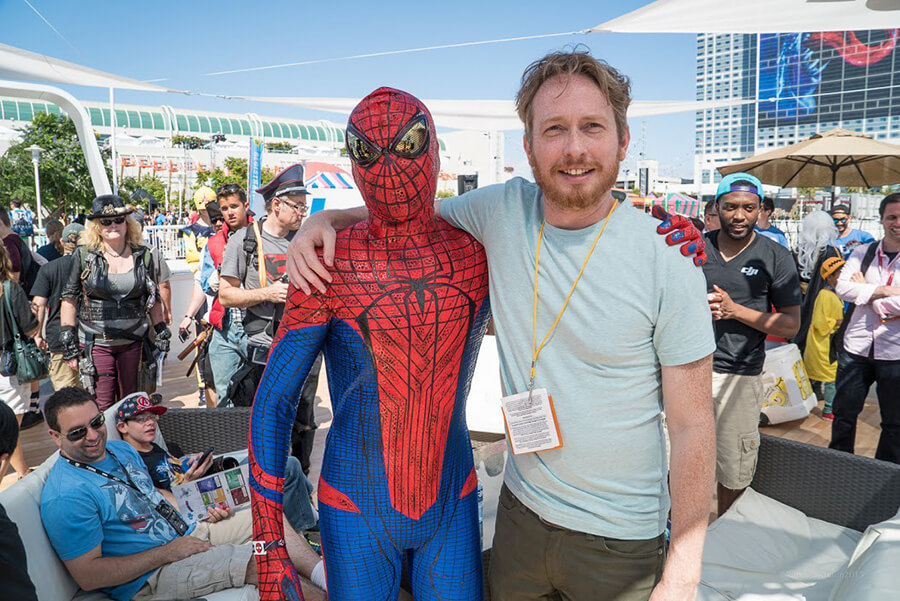 “We wanted to gather some of the best minds in comics that think creatively about storytelling and technology,” said Sheldon Schwartz, DJI’s Executive Creative Director, said about forming this speaking panel. “This group is focused on teaching fans how to create their own superhero stories on a super-tight budget, which is a perfect fit for DJI as we help innovators achieve superheroic feats without having to fall into radioactive material.” 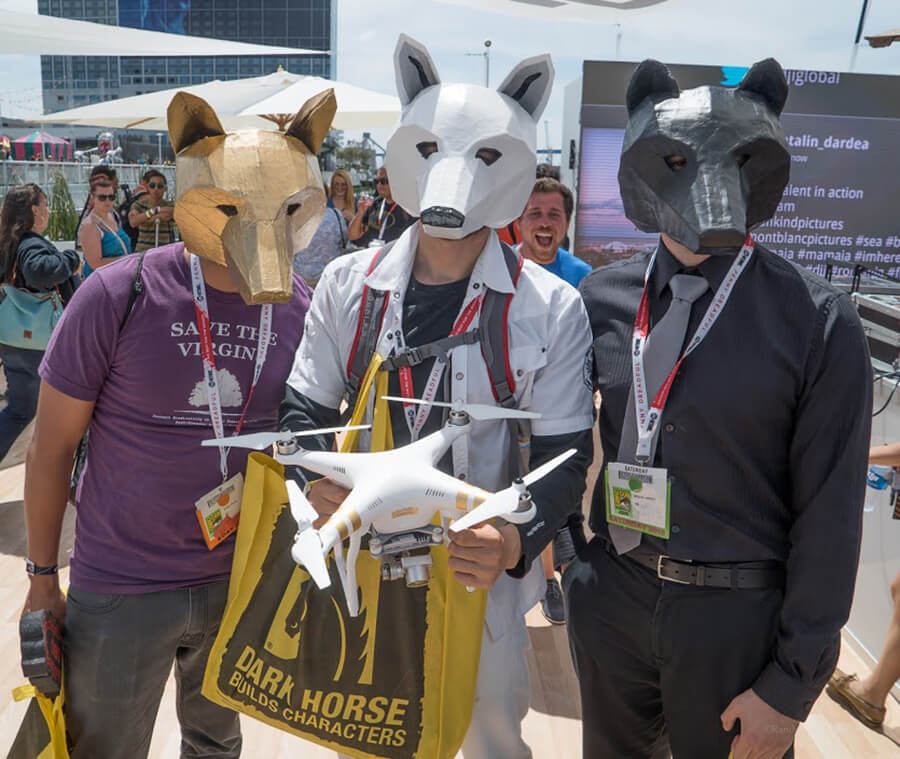 DJI also held a raffle and competitions to give fans a chance to win a new Phantom 3. Local DJs performed each day, with the main party on Saturday, July 11th featuring DJ Earworm.