New Standards, Tactics And Protocols Will Help Save More Lives With Drones

These key findings were part of the Drone Efficacy Study, a report issued today by DJI, the European Emergency Number Association (EENA) and Black Channel. The study was released at EENA’s Drones & Public Safety Summit in Brussels and is available for download at this link.

“The potential for drones to save lives is clear – at least 160 people have been rescued by drones around the world – but the science of how to best use drones for public safety is still in its infancy,” said study co-author Romeo Durscher, DJI Director of Public Safety Integration. “Unlike ground-based SAR, which has refined its methods for decades, there is no playbook for drone SAR. We’re excited to be among the first groups of researchers to start writing that playbook, because our work can help save more lives.”

The study sent randomly-selected teams of searchers to find simulated victims in rocky fields and cliff edges in Ireland and Wales. Thirty teams used off-the-shelf drones with standard visual cameras, while another 20 teams searched on foot using traditional protocols. Seventeen ground search teams found their victims, compared to 23 drone teams, indicating that drone-assisted SAR protocols and procedures have not advanced enough to maximize the benefits of the technology. However, the drone searchers found their victims an average of 191 seconds faster, or more than three minutes. 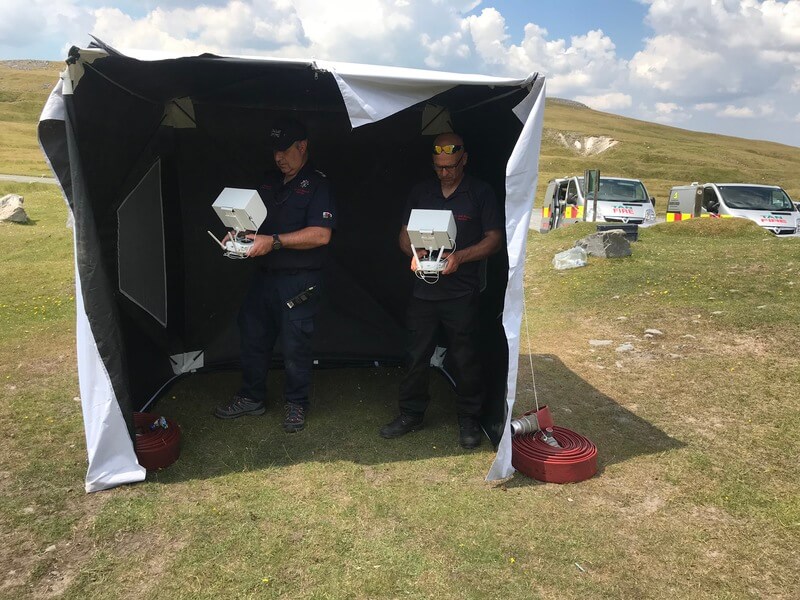 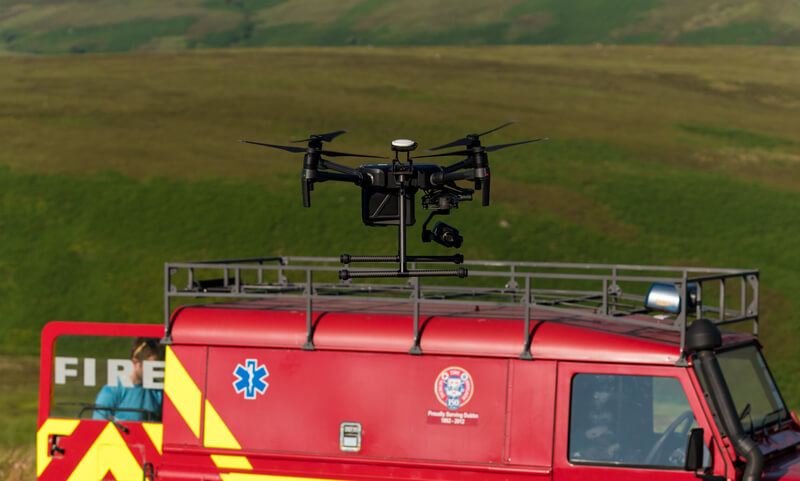 “Searchers in the study said finding a victim with a drone was harder than they expected, which shows why it is vital for the SAR community to develop best standards for how to use drones,” said Alfonso Zamarro, EENA Drones Activities Manager. “What patterns should drones fly? What altitude provides the best coverage? What sensors are best for spotting missing people? Which areas are best searched by ground forces, and which by drones? Answering these questions won’t be easy, but it will have a powerful impact.”

“Four years ago, drone technology was still so primitive that it showed little value in early studies. Today, even off-the-shelf drones are powerful enough to help SAR crews find victims faster than traditional search strategies,” said Gloria Crispino, CEO of Black Channel. “We need to rigorously study how public safety agencies can best deploy their drones in conjunction with ground personnel, and how to ensure they communicate their findings to help bring every search to a fast, safe and successful conclusion.”

The study comes two years after DJI, EENA and Black Channel collaborated on research in Ireland as well as Italy’s Dolomite Mountains which showed that a properly-equipped drone could find victims faster than human searchers, and take additional active steps to achieve a successful rescue. Details on that work are available at this link.

DJI is a global leader in developing and manufacturing civilian drones and aerial imaging technology for personal and professional use. DJI was founded and is run by people with a passion for remote-controlled helicopters and experts in flight-control technology and camera stabilization. The company is dedicated to making aerial photography and filmmaking equipment and platforms more accessible, reliable and easier to use for creators and innovators around the world. DJI’s global operations currently span across the Americas, Europe and Asia, and its revolutionary products and solutions have been chosen by customers in over 100 countries for applications in filmmaking, construction, inspection, emergency response, agriculture, conservation and many other industries.

The European Emergency Number Association (EENA) is a Brussels-based NGO and established in 1999. Our main strategic mission is to improve the responses made by emergency services on behalf of citizens, principally when the pan-European emergency number (112) is used. As an NGO, EENA is an independent and impartial organisation and does not seek to represent the interests of any one organisation, technology or product.

Tactically, this manifests itself with the creation of several engagement platforms (conferences, workshops, working groups, web meetings) to bring the supply-side (vendors, manufacturers, integrators) and the demand-side (FRs, ESOs, Government Ministries, Regulators etc) together with a view to discussing legal, technical and operational matters in a thought-leadership and impactful style. EENA has c1300 FRs from 80 countries in its network, whilst 90 vendors and manufacturers make up the supply-side equation.

Black Channel is an Irish research firm specializing in the application of extreme statistics – the use of state-of-the-science study designs conducted in remote and challenging locations. Black Channel draws on field clinical research to design and implement evaluations of public safety technologies to provide evidence to support the transition of new technologies into the first responder mission. Black Channel has been conducting extreme statistics in support of the first responder mission since 2014 and has conducted evaluations of the value of drones for search and rescue in remote locations, cliffs, mountains, and glaciers in Ireland, Italy, and Wales. The Black Channel study designs are intended to produce regulatory grade results.

•     Join the ecosystem with developers, partner, operators and DJI at AirWorks 2018 in Dallas