The thriving East Phoenix metropolis of Mesa Arizona, surrounded by the Sonoran Desert, has long been a playground for outdoor recreation. With convenient access to Saguaro Lake, the iconic Salt River, and endless hiking trails, it’s easy to see why Mesa is one of the fastest growing cities in America, attracting thousands of millennials seeking adventure in a natural setting.

The desert climate and complex landscape at the outskirts of Mesa offers outdoor goers breathtaking escapes ideal for hiking and mountain biking. As with any other desert landscape, the appeal of Mesa’s untamed environment comes with its own set of dangers and cautionary tales. Out of the average 5000+ incidents the Mesa Fire and Medical Department responds to every month, many require dedicated search and rescue missions through its trails and rugged terrain. 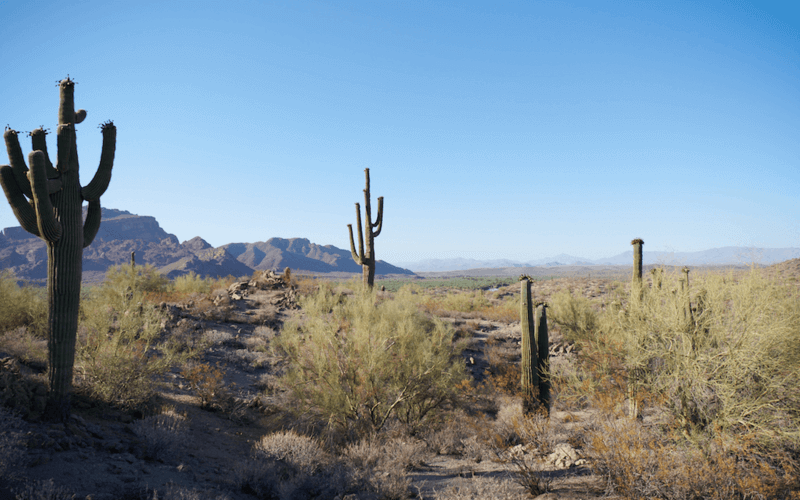 “We have trails in the desert that run all over the place that cross each other. Finding people riding these trails is a challenge, “says Dean Morales, Special Operations Captainof the Mesa Fire and Medical Department. Constantly seeking innovative methods to allow their teams to better serve the community, the Mesa Fire and Medical Department is exceedingly proactive in adopting new technologies.

“In 2015, our department was one of the first in Arizona to successfully implement a drone program. It simplifies the things we do, which is a big deal,” says Brian Kotsur,Deputy Shift Commander of Operationsfor the Mesa Fire and Medical Department. First responders at the MFMD have found a new tool for their teams to perform with improved efficiency, safety, and efficacy. Drone technology not only presents a new way to activate communication during operation, but extends the Wilderness First Responder’s ability to save lives.

Always ready on the move

DJI’s new Mavic 2 Enterprise is the most compact drone ever built for enterprise and public safetyapplications. Weighing in at only 2 lbs (905 g), the Mavic 2 Enterprise performs with the superior mobility essential for search and rescue efforts, where seconds saved means the difference between life and death.

The Mavic 2 Enterprise provides the most practical and comprehensive solution for emergency response scenarios. First responders and rescuers are able to carry the drone on person in a bag or belt, and can deploy the drone immediately on arrival, saving time for critical tasks like proper assessment of Injuries (MOI) and Evacuation Planning. With self-heating batteries, the drone allows rescuers to operate with optimum efficiency through near freezing and sub-zero temperatures, which is critical for rescue missions conducted through rugged deserted terrain. 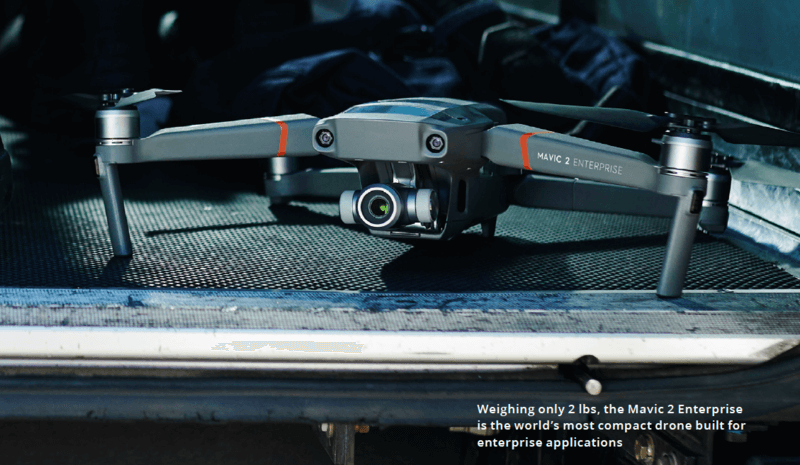 Setting up eyes in the sky efficiently helps first responders at Mesa Fire and Medical Department acquire situational awareness prior to arrival. This not only helps them locate the victim and implement the rescue more efficiently, but also mitigates risk, keeping responders out of harm’s way.

Visibility in all environments

Drones allow teams to cover large areas in a short amount of time, generating actionable insights for teams while they are arriving on scene. The Mavic 2 Enterprise is equipped with a dynamic zoom camera, providing teams with positive visuals while maintaining a safe distance from dangerous areas such as deep ravines, cliff sides, and unstable ground.

Distance is not the only obstacle for positive visual confirmation. Morales describes a recent case in which his team had to locate a victim in low-light areas. “We often carry out missions at night. There was an incident where a 35-year-old biker hit a rock in the trail. It was at night, which made it much more difficult to locate him” (Dean Morales).

Mounted with the M2E Spotlight, the Mavic 2 Enterprise enhances rescuers’ vision in low-light areas and aids in directing victims towards rescuers. 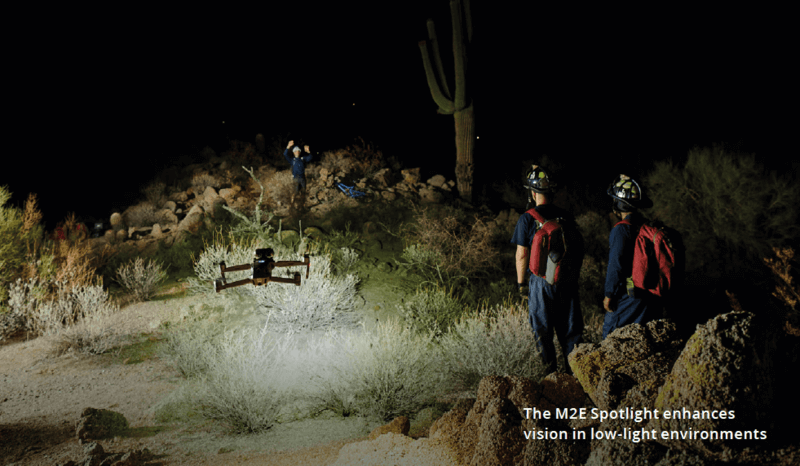 In search and rescue missions, it is common for long-trapped victims to panic and take impulsive action, putting themselves in danger. It is important for rescue teams to administer instructions, moral support, and commands effectively, when communicating with victims.

A Loudspeaker on the Mavic 2 Enterprise allows teams to communicate between ground teams during emergency situations. Effectively guiding pilots and workers across any operation and projecting messages to victims, the Loudspeaker allows rescuers to give instructions that save lives. 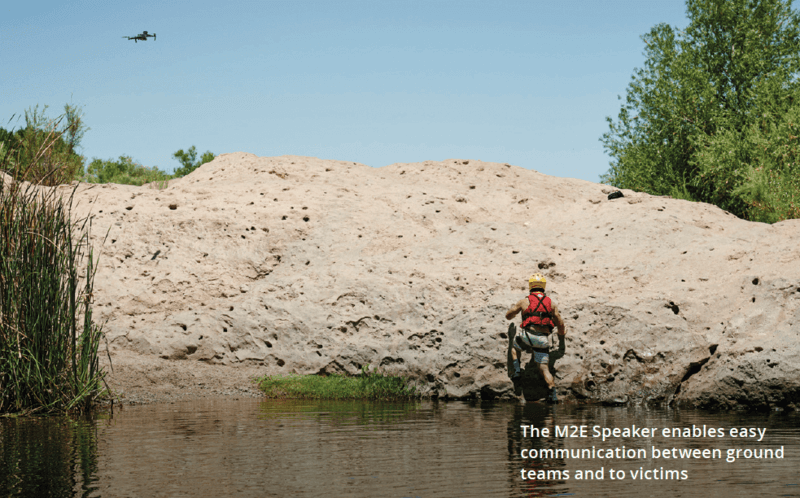 “It really is about making a difference in somebody’s life. Serving people is a good thing. Advantages and uses of drones are going to grow exponentially. With the use of drones, lives are going to be saved with this technology "(Brian Kotsur).

To date, over 910 public agencies in the US are using drones. This is a 5-fold increase from 2013 to 2015. Saving lives is a noble cause, and can be made more efficient and safe with drone technology.

•     Learn more about the Mavic 2 Enterprise