If you're a child of the 1990s, you probably grew up with skateboarding, inline skating and BMX biking as a natural part of life. It was around this time that filmmaking became increasingly accessible to enthusiasts around the world. With the introduction of handheld camcorders that were both smaller and easier to use than the typical and somewhat unwieldy shoulder-mounted camera, more people were able to capture their dreams on tape.

Today, thanks to smartphones and their increasingly competent cameras, filmmaking has become even more accessible as almost everyone has a camera in their pocket. However, capturing action sports still requires the right type of equipment and shooting techniques. In this post, we're going to give you our best tips on how to shoot your own action videos and how to choose the right tool for the job. (Hint: our new Osmo does it perfectly.) 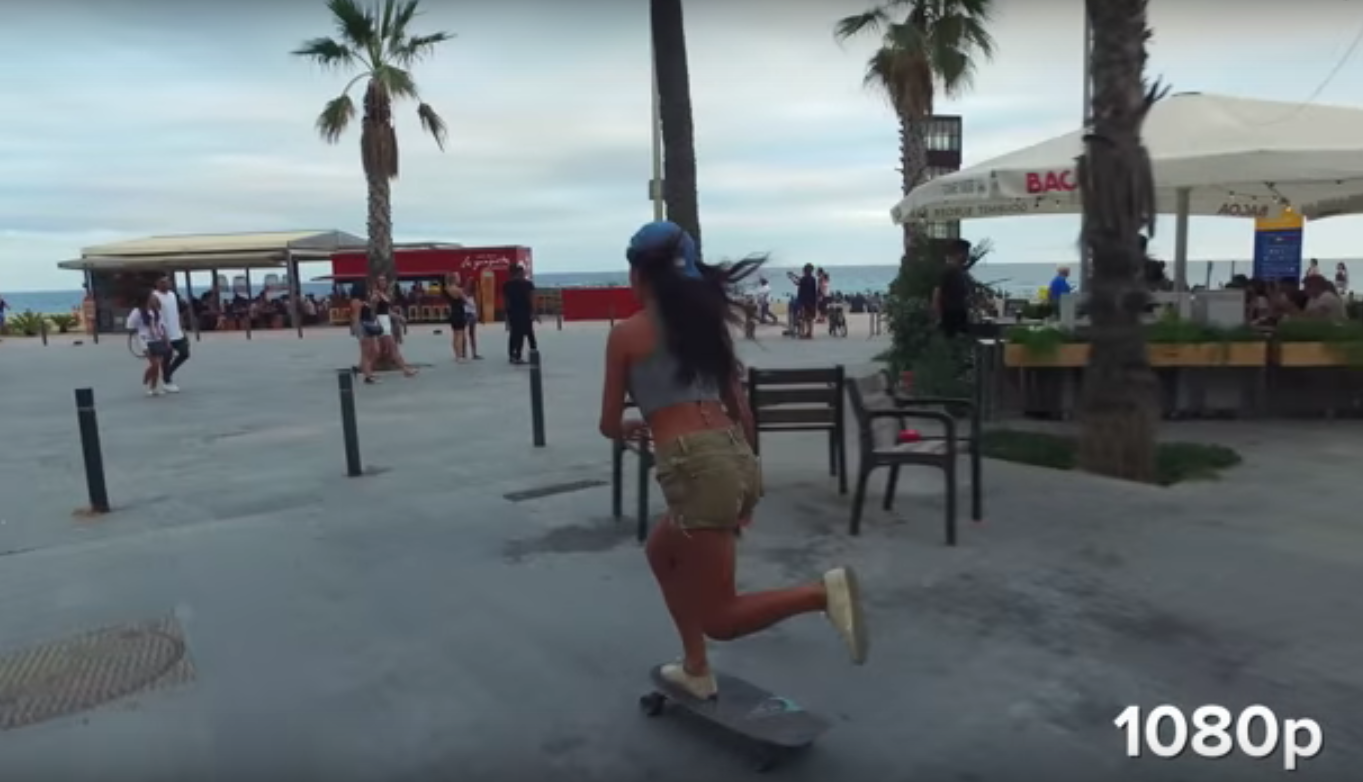 From a video shot on the DJI Osmo.

1. Up close and personal

Robert Capa, the legendary photojournalist and founder of Magnum Photos, famously stated:"If your photographs aren't good enough, you're not close enough." The same goes for shooting action sports: you want to be right in the middle of the action so as to really make the viewer feel like they're there, too.

Wide angle lenses are perfectly suited for capturing close-up action shots because you can simply fit more in the frame, even when you're less than a meter away. A typical 50mm lens has a too narrow field of view, making it almost impossible to capture the action. We suggest you go wide or ultra-wide, meaning a lens with an equivalent focal length of 24 or 20mm.  Be careful you don't go too wide though, otherwise you'll end up in fish-eye territory. Not the best look.

Large sensors generally achieve higher quality images with better low-light performance and more control over depth of field. Today, small sensor technology has made significant progress and now provides extremely high quality images, too. Perhaps surprisingly, smaller sensors have an advantage over larger sensors when shooting action sports, namely a greater depth of field. If you want to go in-depth with depth of field, check out this link. If not, we'll give you the short version: with a greater depth of field, a larger part of the scene will be in focus, whether 5 or 50 meters away. This is extremely beneficial for capturing shots where the subject's distance from the camera varies a lot during the scene.

Skip the DSLR and go with something a little smaller, something you can use with one hand.

Nobody wants to watch shaky footage. Keeping the camera steady while in motion isn't easy, and that is why film makers have used rails and Steadicams for decades. Skaters, on the other hand, have often had to get by with handheld cameras, because of lower budgets and space constraints. With the recent introduction of gimbal stabilization, both filmmakers and skaters are given access to highly efficient stabilization that is perfectly suitable for filming in close quarters and on the move.

There's great inspiration to be found in the work from some of the stars in the field like Stacy Peralta and Mike Ternasky who pioneered skateboard filmmaking in the 1990s. Keep in mind though, that with new evolutions in videography happening constantly and new technology changing the rules of the game, there's no need to adhere to old and possibly outdated rules of filmmaking. Instead, create your own!

Doing everything we have just mentioned is easier than you think when you have a DJI Osmo, our new, revolutionary handheld stabilization system with an integrated Zenmuse X3 camera that shoots beautiful 4K video through its 20mm equivalent wide angle lens. It helps you shoot video like a pro with a system you can hold in your hand, stick to your car or mount on your bike.

If you're out shooting with friends, focus on being there. Grab an Osmo and just go with the flow. There are no limits to the things you can create