We recently announced our strategic partnership with legendary camera-maker Hasselblad, and as a first step in our partnership we are teaming up to bring you a series of features focused on some of the most innovative artists working in photography today. In the Creator's Choice series present you the person behind the work and the vision brought to life using DJI and Hasselblad professional imaging products.. 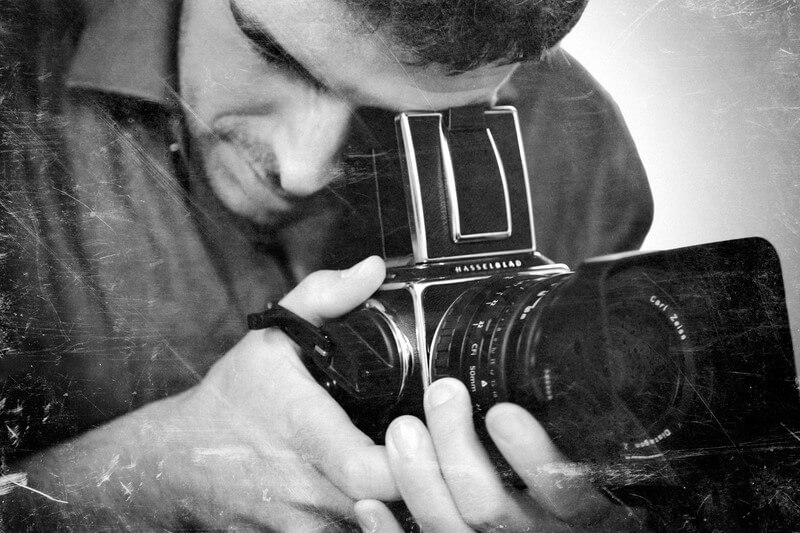 Daniele Barraco is a Hasselblad user since 2011 with a background as a drummer, having spent his late teens and early twenties on the road touring across Europe since the age of seventeen. Later, he turned to the visual arts of photography and developed into what he calls a modern classicist — expressing the age old conundrums of the human condition, using the most powerful technological advancements available in the world of photography. His key aesthetic is based on visual clarity and a personal connection to his subjects.

Barraco employs an analog approach to digital imaging, imbuing the latest technological innovations with soul. Not attracted by the near-mythical urban landscapes of Paris, London, and New York, Barraco has chosen to remain in his native Italy, living in a small town perched on a hill overlooking the Ligurian Sea and La Magra river, in the midst of community that has since generations supported itself by fishing the nearby waters.

The choice to go with Hasselblad was a natural one, made at the start of Daniele's career. Recently, he made another easy decision when he adapted aerial platforms and DJI gear to his workflow:

“I use Hasselblad cameras since 2011 and I’m really passionate about the brand. I think we have a similar philosophy, digital photography with an analog approach. Their cameras taught me to think about every single shot before actually pressing the shutter button and I was very impressed to find a similar attitude in the Inspire 1 Pro. I think that today, we're all living too fast: we have cameras that can handle a burst of 14 frame per second and I think that is totally unnecessary.

Having no limitations scares me. I want to work in a way that forces me to think about what I’m doing and accomplish this on time, with limited resource. We can speak about resolution, sensors, lenses for sure… but really, I am not interested in technology, I just wanna have the best digital tool and use it with an analog approach. For me, heart is always above mind, I’m an artist and not an engineer. After all, emotion should drive our lives and these brands help me work in this particular way. That’s why I chose DJI and Hasselblad for all of my work — to focus on conveying emotion through images, using these powerful tools to convey to the viewer how I feel at the instant of capturing my images.”

When approached to take part in Creator's Choice, Daniele did not have to look far for inspiration; he was already living in it:

“My idea was to tell a story with a lot of respect and love for the sea. The project is called Fishing Journeys and is composed of three short episodes, comparing three different generations and three different fishing techniques in the same environment and with the same great passion. So it could be a single story merged together through the years; if you watch the behind the scenes videos in sequence this will become clear immediately. The inspiration was simple: my passion for the sea, for people and the love for the place where I live.

My way of work is 'quality first' so the choice in tools was pretty obvious: a medium format Hasselblad H5D-50 camera for portrait work and the DJI Inspire 1 Pro for aerial images. For the behind the scenes videos I used the very compact DJI Osmo, very simple to use and with brilliant, stable and cinematic results thanks to the 3-axis gimbal integrated with the camera. I can’t go out without an Osmo now!”

“Matteo is 35 years old and lives on the river bank right next to the water where he grew up with a fishing rod as his constant companion. As a kid, his parents always knew where to find him when lost: near the river by himself, fully at peace while fishing. Today, Matteo is able to travel the world thanks to his considerable skill as a fisherman. Having traveled and fished all of the Earth's oceans and major waters, he knows all there is to know about equipment and techniques to adapt for each specific water and catch. Even though fishing is now his job, he's been able to also keep it his undivided passion, and has been known to show his gratitude to the oceans by kissing fish as he releases them — Matteo is truly in love with the sea.”

“Also a singer and songwriter, Tony is now 60 years of age and became a fisherman late in life, just two years ago. The river and the act of fishing works as a source of inspiration and gives calm and clarity to his thoughts, the necessary conditions for both emotion and creativity to emerge. As an artist, he's successfully managed to combine his work with his art where each benefits the other. Preferring to leave early and return late, he is active from sunrise to sunset, benefiting from the peace the river holds. For Tony, fishing is a personal adventure and an inner search.”

“Umbè is 80 years old and he’s been fishing since forever. His father was a fisherman, as was his grandfather. He grew up on the river bank and fishing immediately became his life, starting as an outdoor hobby before it became a job. He owned a fishing boat until a few years ago when he sold it with the plan of retiring. Now, he fishes from a small, traditional wooden boat using just a cast net, a very old technique in which you always have to stand at the edge of boat to follow the waves in a sort of “dancing movement”. Following the flow of the water is absolutely necessary for the net to fall correctly on the surface of the water and effectively trap the fish.

Umbe can’t stop fishing, it is his nature and his entire life.”

We're delighted to have been able to share Daniele Barraco's Fishing Journeys with you, as it is both an intensely beautiful and personal story and a perfect showcase of how technology can be used to enable artistic vision to flourish. Stay tuned and follow @DJIGlobal and @Hasselblad_Official for more artist features.