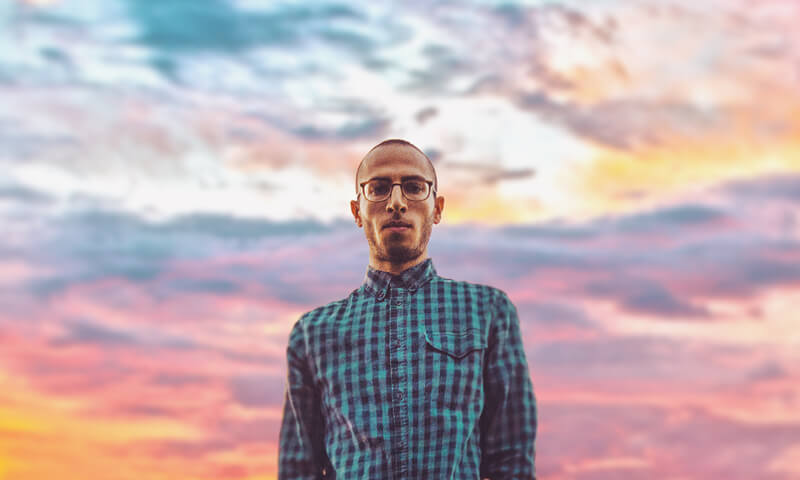 Ari Fararooy is a video director based in Los Angeles. He runs his own production company specializing in creating unique, visual content for brands and artists.

He began his career with an experimental short film shot during a 3-week solo road trip from Boston to Los Angeles back in 2013. Since then, he has continued creating short, visual pieces and posting them on his Vimeo and Instagram accounts, where they have accumulated millions of views.

How did you get into filmmaking? What are your earliest memories of using a camera? When did it go from a hobby to a career?

I got my first video camera for my 20th birthday. I was still in college, so all my early videos were of my buddies doing dumb stuff around campus. I would edit that footage into little cuts for us to enjoy and it turned into a fun hobby.

After a couple years of playing around with different camera and editing styles, I decided to create my first short film with the intention of posting it online to gain exposure and hopefully receive freelance video work.

I’ve been fortunate enough to create a career out of that hobby, earning a living through commercial projects I get, mostly from brands who are exposed to my work through my Instagram and Vimeo accounts.

What were some of your first jobs in film? What are some funny or crazy stories you tell people about your career? Early mistakes or mishaps that taught you a lot?

One of the most shocking things I tell people about my career, especially when they ask if I did film in school, is that I studied pre-med when I was in college.

Everything I learned about video-making was self-taught, mainly through different experiments with cameras and editing software.

As a result, I kind of developed a 'fake it til you make it' mentality when it came to my first several jobs.

One thing I've learned is that, unlike pre-med, there's no textbook for video production. No one really knows what they're doing and everyone's just trying things out until something works.

That mentality definitely inspires me to take more risks creatively, and without those risks I wouldn't be able to break grounds or motivate myself to evolve as an artist.

When did you get into drones? What were your earlier drone videos like? How have they evolved since?

I bought my first drone way back in 2013, the DJI Phantom 1. I remember seeing early drone videos online and being fascinated by the potential for aerial video content mixed with the world of VFX.

The first video I ever posted on my Instagram was actually a drone video that incorporates a similar effect to the space loop shot that I created last year.

The main difference between the 2 shots is the increase in quality - Inspire 2 vs. Phantom 1 is a HUGE upgrade -  and just an overall increase in epic quality for the new shot.

How would you describe your aesthetic these days? What do you do to try and stand out on platforms like Instagram?

In general, my visual aesthetic can always be defined by a level of surrealism. I really love juxtaposing reality with visual effects, so that the surrealism can really pop and feel out of place.

On Instagram, I’ve really enjoyed taking advantage of the ‘looping’ feature to create short videos that can be watched over and over. This type of video-making is relatively new in the film world, so it’s been a lot of fun coming up with unique ways to create a mesmerizing loop.

Finally, it's always a goal of mine for every project to come up with a concept that's never been done before. It's a wildly ambitious goal, but as long as I keep striving for that goal with every new project, I'll be happy as an artist/human person.