DJI drones were on the scene at this year’s Air + Style event in Los Angeles. The two day event features some of the most recognizable names in sports, music, fashion, and lifestyle culture. 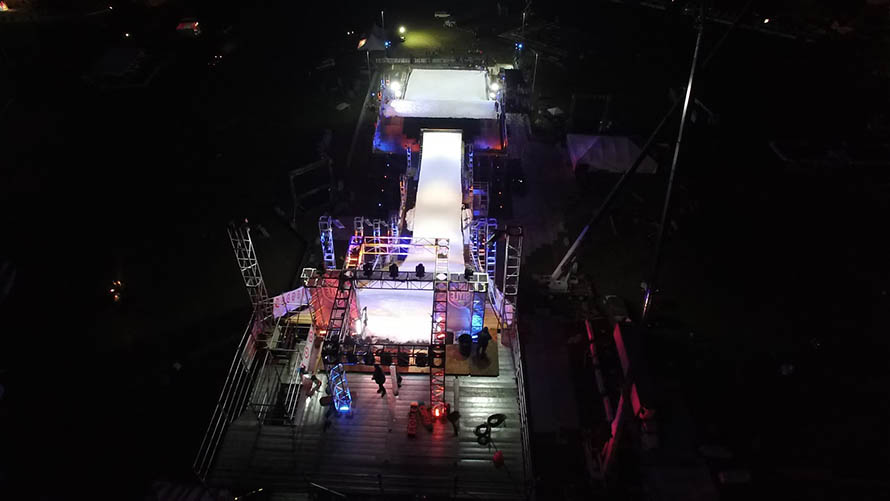 The highlight of the weekend was the skiing and snowboarding competition that took place on a 160-foot big air jump constructed and covered with snow at the Rose Bowl in Los Angeles, CA. The Inspire 1 was used to stream the whole event live to ESPN3. This was the first time that a DJI drone was used as a regular component of a major broadcast event. The Inspire 1 was constantly in the air during both 10-hour days, capturing footage and videos of the amazing maneuvers being performed by some of the best skiers and snowboarders in the world. 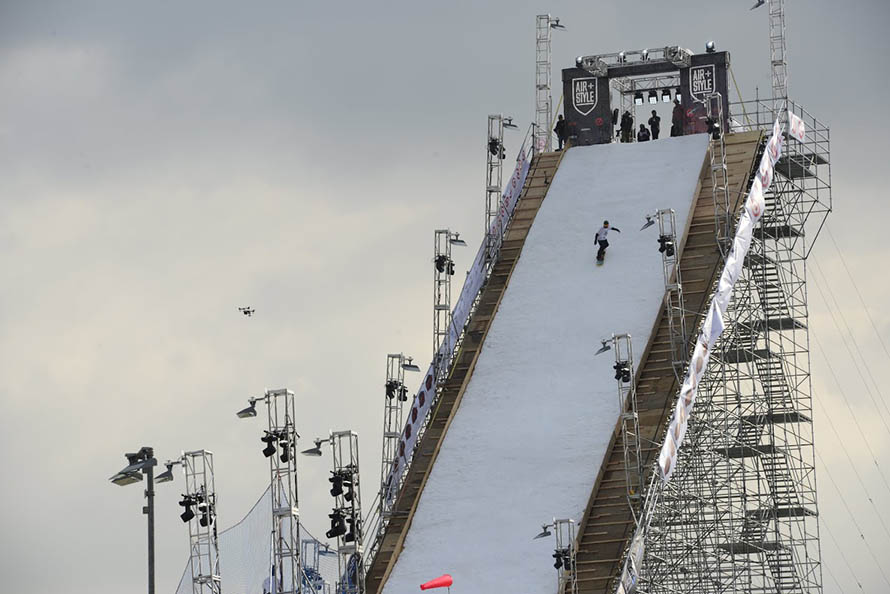 The unique aerial perspective and fantastic image quality made the Inspire 1 a big hit with the TV Director, who regularly cut to the live HD feed for broadcast. The live video was carried on ABC and ESPN, reaching millions of viewers, in addition to more than 50,000 people who attended at the event. 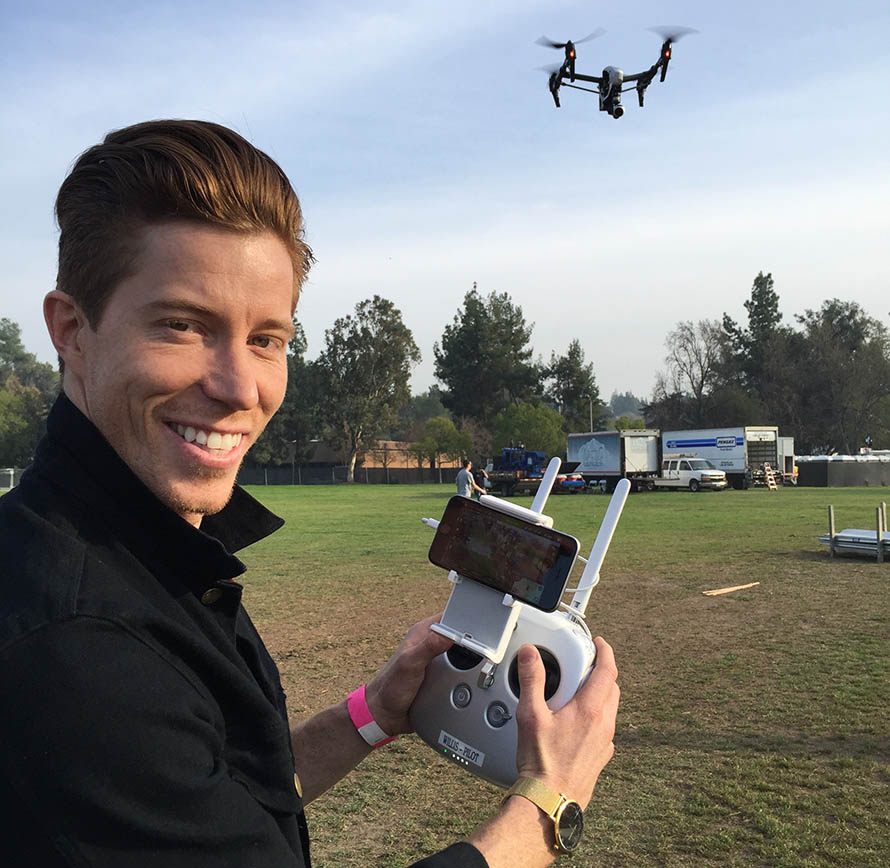 The Inspire 1 and Phantom 2 Vision + were also a popular attractions at the DJI booth, where more than 350 dronies were taken for fans on social media. Shaun White, the professional snowboarder, skateboarder, and principal organizer of the event even stopped by to test drive the Inspire 1 and take some pictures.