DJI Kicks Off Recruitment For Its Global Robotics Competition

DJI Kicks Off Recruitment For Its Global Robotics Competition

RoboMaster, the annual robotics competition created by DJI, the world’s leader in civilian drones and creative imaging technology, has lifted its curtain for the fifth year and is now calling on engineers to join the 2019 RoboMaster Competition. RoboMaster is an international robotics competition open to all universities and students passionate about engineering and robotics. Interested teams can learn more about the 2019 RoboMaster Competition and sign up here: https://www.robomaster.com/en-US

The 2018 competition concluded this past July with the team from South China University of Technology taking home the gold trophy. Close to 200 teams and 10,000 young engineers from around the world signed up for the competition, with 32 teams battling it out in the final round at the Shenzhen Bay Stadium in Shenzhen, China. The 2018 final competition attracted over 990,000 views on Twitch.tv from audiences in 30 countries. For highlights of the 2018 RoboMaster Finals, visit https://www.twitch.tv/robomaster/videos/all.

Commenting at the 2018 RoboMaster Awards Ceremony, the team captain of the South China University of Technology Wenhui Chen said, “It has been an exciting and fruitful experience for the team in the past 9 months. RoboMaster gave us the opportunity to put theoretical learning into practice, to play with cool technology and to create something real. To see our robots coming to life and being able to compete with so many different teams is an amazing feeling.” 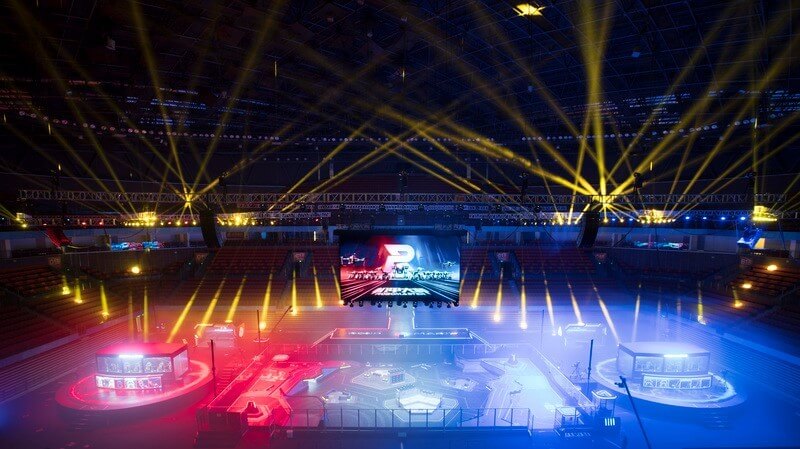 Sponsored and supported by DJI, RoboMaster is an annual robotics competition for teams of aspiring engineers to design and build next-generation robots to compete for supremacy. RoboMaster has gained popularity among the engineering community and has provided a world stage for University students to pursue their passion in science and technology, and to showcase their talent.

''What’s unique about the RoboMaster competition is really the experience participants go through during the nine months of teamwork, constant problem-solving and putting their theoretical learnings to the test,” said Roger Luo, President at DJI. “The competition is a great platform for young engineers to demonstrate their skills and showcase robotics in an entertaining and engaging way. More importantly, what they learn here might one day lead to real-life applications and solutions that could bring positive changes to the world.”

A RoboMaster team may consist of full-time college and university students, their instructors, and external advisors. To officially participate in the competition, teams need to submit engineering proposals and achieve certain technical milestones during preparation of their robots.  Each successfully shortlisted team will have an opportunity to develop ground and aerial robots using advanced technology from DJI. Robots are made up of various key components which may include motors, electronic speed controllers, industrial cameras, photoelectric sensors, semiconductors and microcontrollers. With their fleet of robots, each team must create a strategy to triumph against their opponent inside the RoboMaster Arena. For the full set of rules, visit https://www.robomaster.com/en-US/resource/pages/879?type=announcementSub.

Organized and sponsored by DJI, RoboMaster is one of the world’s most advanced robotics competition that combines innovative engineering, gaming and entertainment into one action-packed event.  This annual competition was designed for teams of aspiring engineers to build next-generation robots and compete for intellectual supremacy. RoboMaster has not only gained popularity among the engineering community in recent years, it has become an exciting and entertaining spectator event for the general public. The 2018 RoboMaster competition attracted thousands of engineering students from around the world, including teams from China, the United States, Canada, Singapore, Hong Kong and Macau. For more information, visit https://www.robomaster.com/en-US