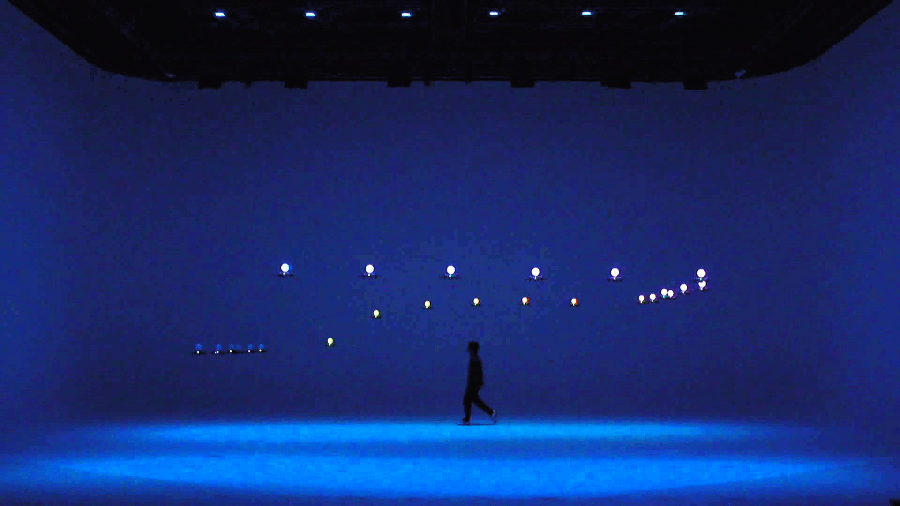 Few people can ever forget the inspiring power of watching their first theatrical performance; the power and majesty of movers in motion that make a performance worth watching. You’d be forgiven for thinking we just took a trip to the Bolshoi or the Sydney Opera House, we’re talking about the world’s first “aerial ballet”, performed last month in Laguna Beach, USA, in co-operation with development team Spark Aerial in San Diego.

The original concept involved seven Phantom 3’s equipped with LED lights, synchronized to create a spectacular sky show to kick off the three-day Wall Street Journal Technology conference in Laguna Beach in October; Creating shapes and organized patterns in the sky, the drones dazzled the audience with synchronized movements to music.

With “Aerial Ballet”, we wanted to show the possibilities of UAVs as not simply tools for photography or film-making, but as new ways to express visual motion and performance art. It is inevitable that as drones become more widely used and more readily available, they can become more than devices or pieces of technology; they can become an integral part of art itself. We hope that “Aerial Ballet” can inspire the evolution and development of a UAV Art movement, this is something we look forward to and encourage.

For examples of how drones are already being used to display concepts previously thought impossible, we need only look to Japanese Visual Artist, Daito Manabe, who recently released the incredible “24 Drones”, a magnificent interpretive dance piece that combines 3 human ballet dancers and 24 small drones with synchronized light displays for a 3 minute performance alive with symbolism, or last year's “Sparked” by Cirque du Soleil, ETH Zurich, and Verity Studios, which showed the emotional interaction between one man and a fleet of brightly-lit quad-copters. The possibilities that drones present to our modern world are being explored every day by brave and intrepid thinkers that refuse to accept the limitations that traditional Art often places on them.

Art has always been a fundamental arena to explore the uniquely human realms of possibility, creativity and imagination. Creativity and inventiveness are the essence of human beings. Every day we discover new, surprising and deeply humane uses of drones. It is incredibly rewarding to think that we are empowering artists, original thinkers and individuals to take the sky.

No matter what the future holds for human expression, DJI is always pushing itself to look for the new, the mesmerizing, the thought-provoking and the bold. We encourage all of those who remove the barriers of creativity to get vertical and let possibility become reality!

Express yourself in the skies, with the Phantom 3: https://www.dji.com/product/phantom-3-standard

To see more of Daito Manabe's work with drones, check out: http://www.daito.ws/en/work/elevenplay-rhizomatiks-research-3-dancers-and-24-drones.html