Flying Over the Races at 24h Nürburgring 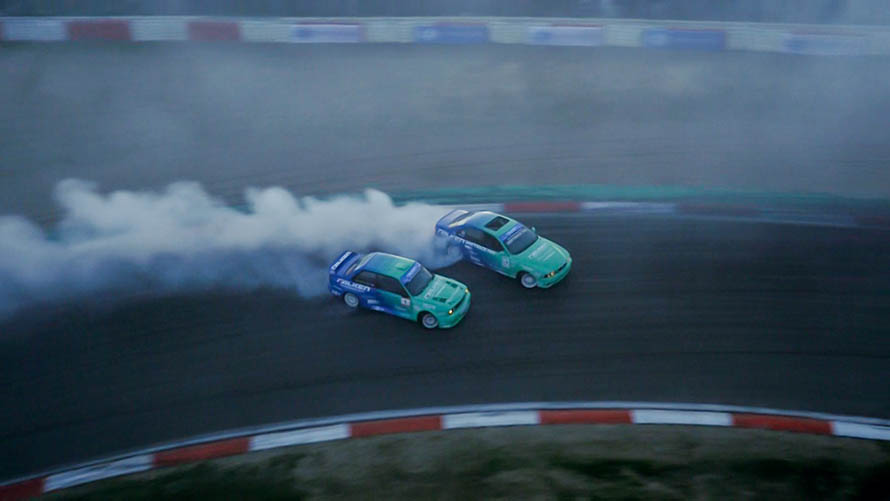 DJI teamed up with 24h Race Nürburgring, one of the most famous races on one of the most technically challenging tracks in the world. Our drones captured the race from the sky, allowing spectators and those at home see every part of the circuit as talented drivers sped their way to victory. 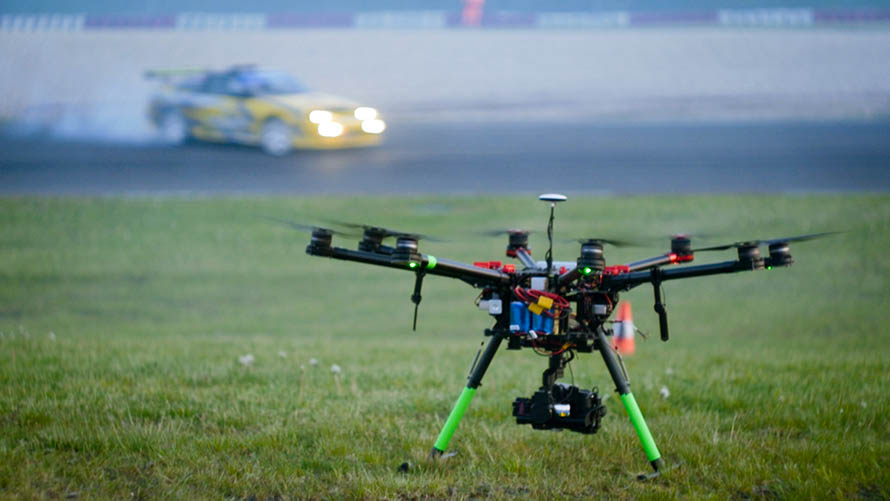 A pair of DJI S1000+ professional drones were in flight over two signature corners of the track: the famous banked Karussell and the Adenauer Forst / Metzgesfeld – capturing footage that was live broadcast to an estimated audience of more than 5 million on TV and online. 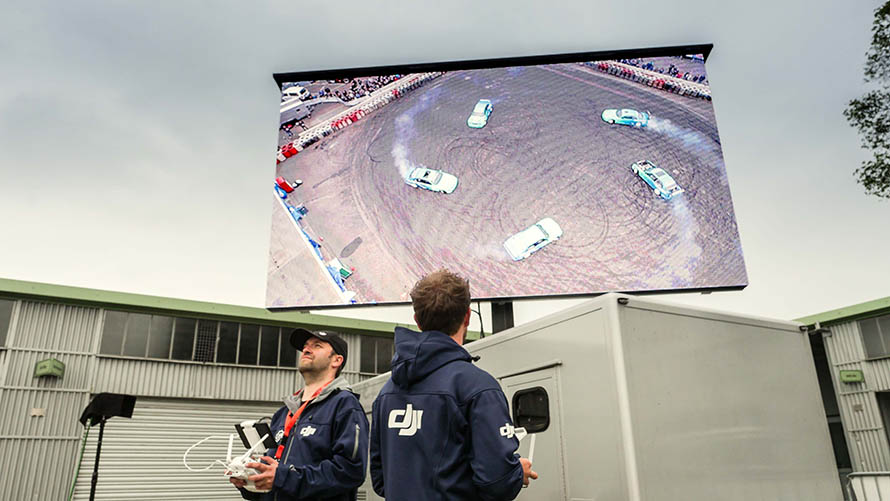 Additionally, the DJI Inspire 1 was used to capture and broadcast the hourly Falken Tyres driftshow in the historic pit area. This footage was shown live on huge displays in the spectator area, allowing attendees to see this event in a unique way. 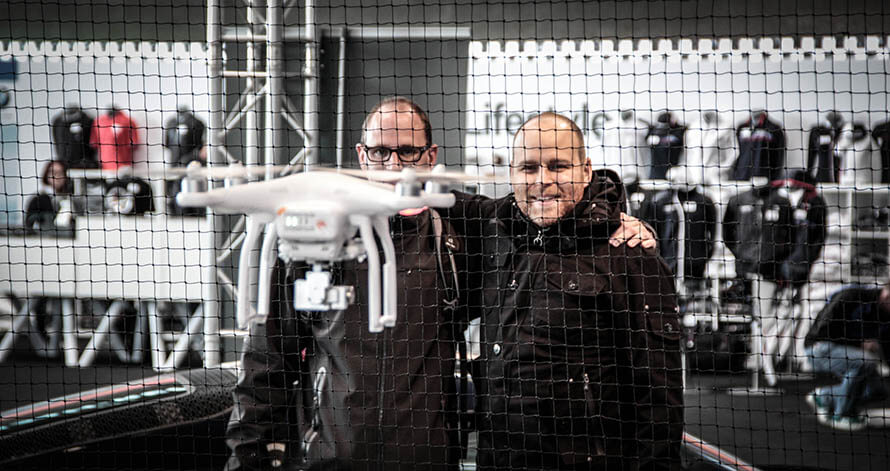 Allowing everyone to experience DJI technology up close, the DJI booth garnered constant attention from racing fans, media, and even racers themselves. The new easy-to-fly Phantom 3 was featured, as well as the Inspire 1 handheld camera mount. 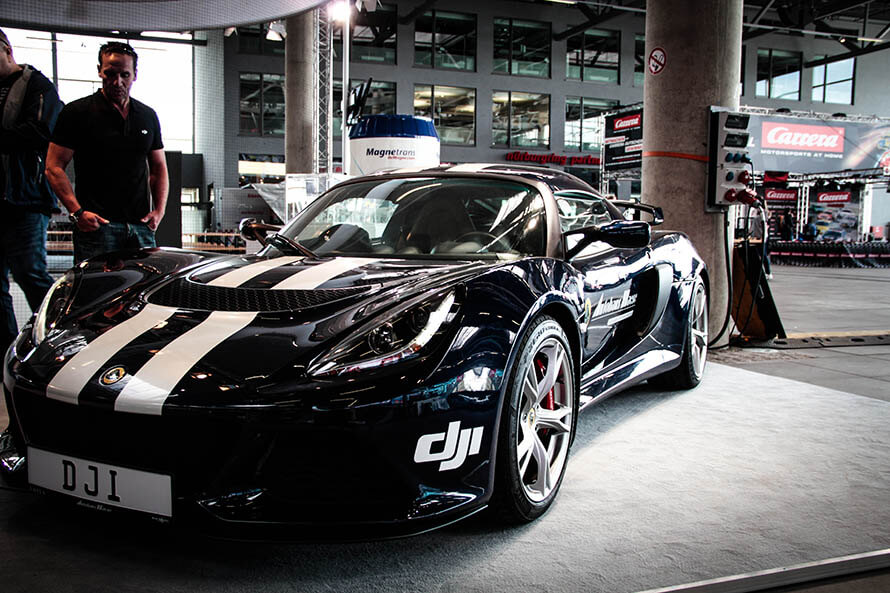 During the race, DJI was branded on 10 race cars, including Porche, BMW, and Toyota. 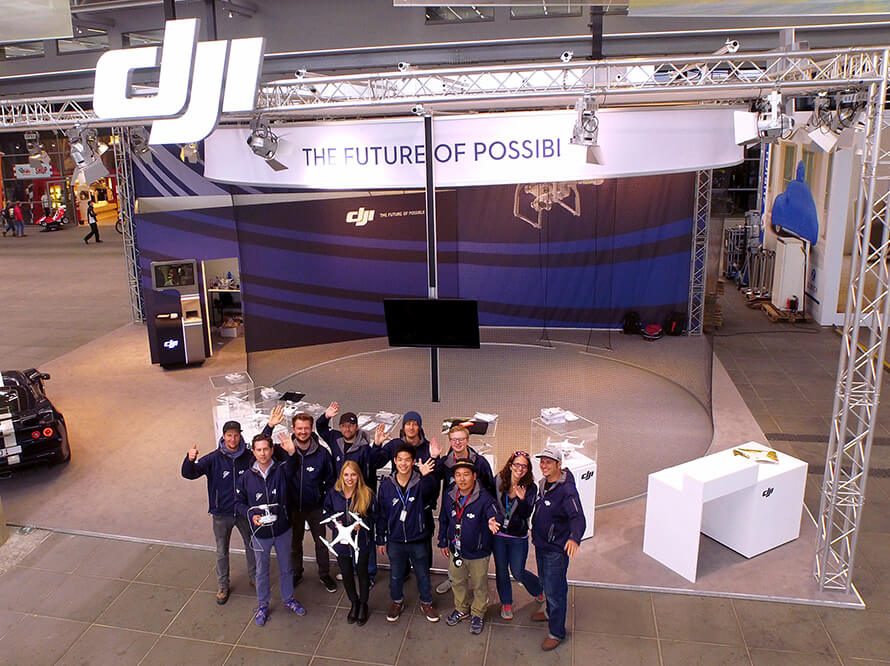 DJI thanks everyone who made this race such a spectacular success, including our lucky DJI Fan Ambassadors who attended the race with DJI and provided support to our teams throughout the busy weekend!