From Set Design to Drone Guru

Oh how one thing can lead to another.

Just two years ago, Tim Browning was a concept artist designing military aircraft for sci-fi blockbuster Edge of Tomorrow, starring Tom Cruise and Emily Blunt. The brief from direction was that the aircraft should be ‘multirotored’, so that it closely resembled a Bell Boeing Quad TiltRotor, a U.S. military aircraft designed in 2007.

The other thing it resembled? A drone—four sexy rotors providing incredible stability.

Tim knew a bit about drones. Having already been captivated by a friend’s stunning Phantom 2 footage, he had heard good things and knew how easy they were to operate and fly.

“I figured that it would be useful within film and art departments; for capturing unusual angles to use in illustrations or for location scouting,” says the 42-year-old father of three, “but mostly it was just for fun.” 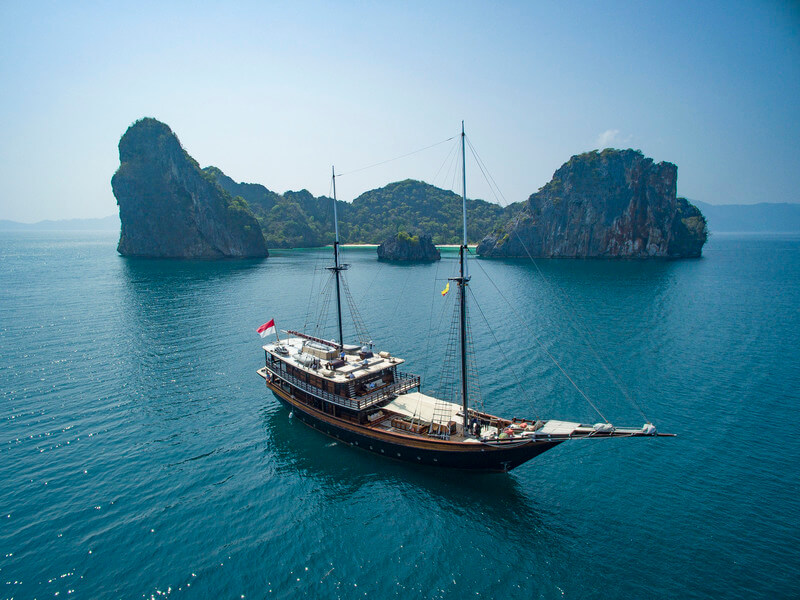 Tim has worked in set design and construction within the film industry for nearly 20 years. Honors include concept, art direction credits for Alice in Wonderland, Skyfall, Spectre, The Force Awakens and the up-coming Star Wars: Episode VIII.

In the end, he bought a Phantom 2 ‘for research purposes’. It was love at first sight. He took it to Greece that summer and — apart from “annoying the hell out of my family” — ended up playing with it constantly. He slung a short edit up on YouTube. What followed? The start of a new and entirely unexpected career.

“It was below freezing and we were living in Gers or Yurts alongside a nomadic family out on the steppe,” he recalls of his first trip to Mongolia for BBC’s Earth’s Natural Wonders.

Two young boys were in training for a local horse race and the BBC crew filmed them for a few days leading up to the race.

“The purpose of the drone was to capture the huge expanse of the grasslands and to keep up with the galloping horses,” he says. Weirdly — or coincidentally — Tim’s Phantom at full throttle turned out to be exactly the same speed as the Mongolian horse’s top speed.

After filming wrapped, Tim took his Phantom 2 on a two-day road trip further into wild country. The resulting edit made a 2014 ‘top ten drone videos’ list. The film — ‘Mongolia’ — has over 21,000 views on YouTube.

As a drone pilot on the series, Tim was tasked with finding shots to help tell the story, specific reveals, GVs (general views) or tracking shots. But most of the time he just headed out to find his own stuff.

“It’s very difficult for a director to prescribe drone shots because you never really know what you’re going to get until you’re in the air. [Therefore] I generally get a healthy amount of creative freedom to chase the good light and find the best angles.”

Around this time in a galaxy far, far away, Tim began moonlighting on the new Star Wars film. It was here his experiences as a concept artist and set designer began to fuse beautifully with his drone skills.

“We had a couple of fairly remote shooting locations which would entail building sets on very uneven surfaces,” he says.

Traditionally, a scouting team would spend a couple of days surveying the landscape and then attempt to cobble together a set of drawings and a scaled model of the topography.

But this time Tim used his Inspire 1 drone, which was able to gather photogrammetric data much quicker than ever before. This proved to be more accurate, cost effective and useful.

“My Inspire and I took a few trips, methodically capturing a few thousand photos using waypoints,” he remembers.

The drone returned highly detailed virtual models, all scaled and textured, onto which Tim’s team could then start to design sets digitally. As far as he knows, this was the first time this method was ever used.

“Once the sets have been constructed and transported to the site, they scribe snuggly into the landscape like a hand in glove,” he says. Due to the experiment’s success, Tim now pursues this as an independent business opportunity. 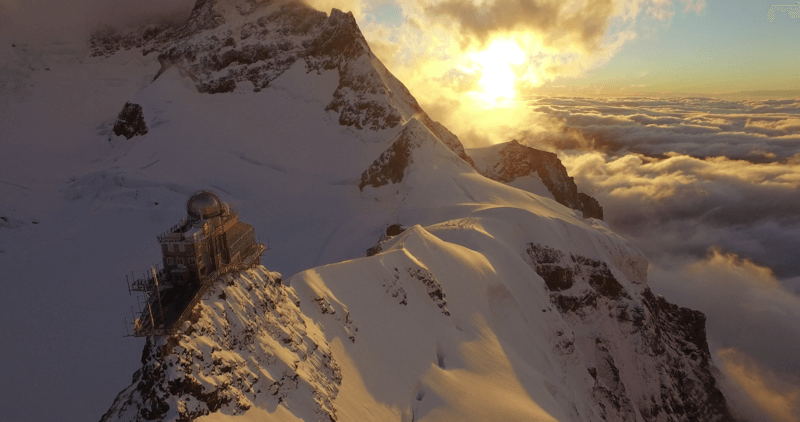 If word of mouth is the best marketing tool money can’t buy, then Tim knows exactly what he’s doing; let the drone shots speak for themselves. Over an email interview with DJI, he says he is, this very minute, off to film grizzly bears in the Kamchatka Peninsula in the Russian Far East. And this time it’s for National Geographic.

“I’m sending a snap of a Maasai dude in Tanzania,” he writes.

The Maasai Warrior easily doubled Tim’s efforts. Miraculously, he even got the hang of Tim’s Inspire in no time at all. 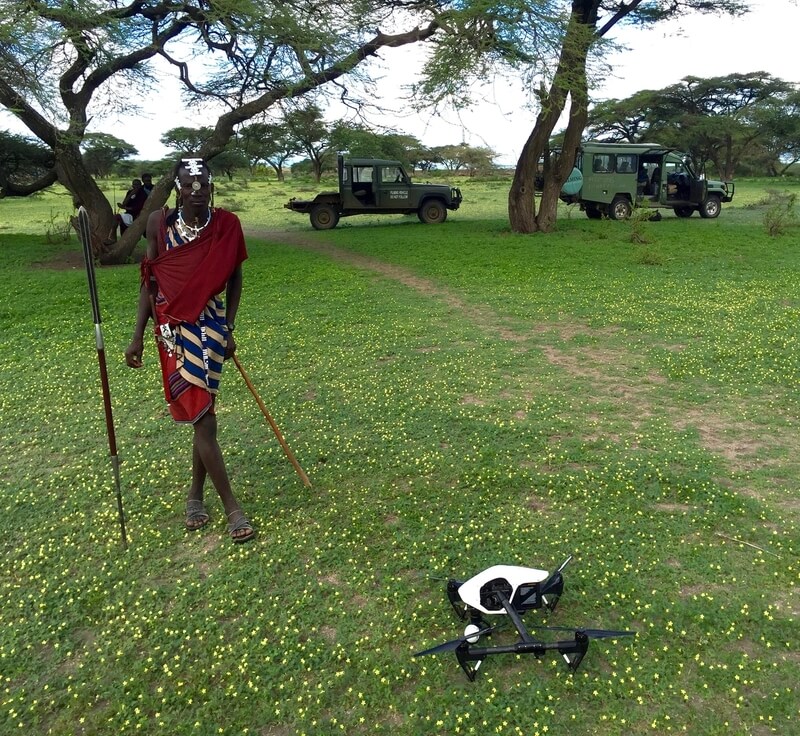 “This is what DJI have done,” he says.

“They have made the tools so intuitive, predictable, reliable and easy… literally anyone can operate them.”

And what would the rising drone star be doing without flying cameras?

“I’d be sitting at a computer designing film sets,” he ponders.

“It’s a fine job, but it was all the sitting down indoors that got to me in the end. It’s just not good for you.

Drones have opened up the world to me in a way that I couldn’t have predicted a couple of years ago.”