Shenzhen: From Manufacturing to Design 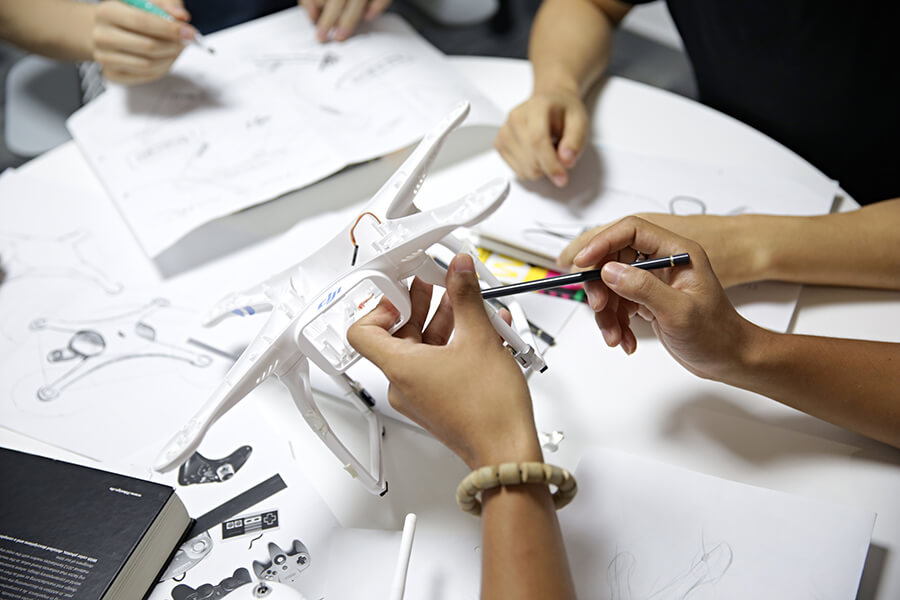 Although DJI was founded in Hong Kong in 2006, we quickly found a new home in the neighboring city, Shenzhen. Over the past thirty years, Shenzhen has risen from a collection of rural villages to a bustling metropolis in the Guangdong manufacturing hub, sometimes referred to as the “World’s Factory” as so many of the products the world consumes originate from here, no matter if they’re electronic products like Apple’s iPhone, or Nike’s Air Max sneakers.

Though manufacturing is far from glamorous and something that has been offshored by most Western companies over the past few decades, it is now turning out to be something very valuable, not only for mass production of commodities designed abroad, but for the design and development of highly advanced technological products.

Design is not simply about the insight of a single genius, but about teamwork between many individuals and departments, and a process of trial and error. Rapid prototyping is term used by designers to refer to a way of trying out ideas and concepts and see how they work in practice, and then scrapping the ideas that don’t, and perfecting those that do.

Rapid prototyping is reliant on easy access to manufacturing, and manufacturing itself relies on supply chains for getting the parts necessary to create the finished product or prototype. As China’s and Shenzhen’s manufacturing industry has developed and become more advanced with both components and finished products originating from here, more and more companies, both Chinese and global, have opened offices here. It has also become a place for people to go to found their startups, earning the city the nickname “China’s Silicon Valley”.

“In Shenzhen, you have everything you need to turn a sketch on a napkin into 100,000 smartwatches, bike lights or drones, all shipped to Amazon or Argos in time for Christmas…”

By basing our headquarters in Shenzhen, we get access to the world’s largest supply chain of electronic components. We have decided to own and operate our own factory because of the advantages it gives our Industrial Design and R&D Departments. With a large manufacturing base for book printing and garment manufacturing, Shenzhen has also become popular with graphic designers and fashion designers. This is why UNESCO has included Shenzhen in its Creative Cities network and named it a City of Design.