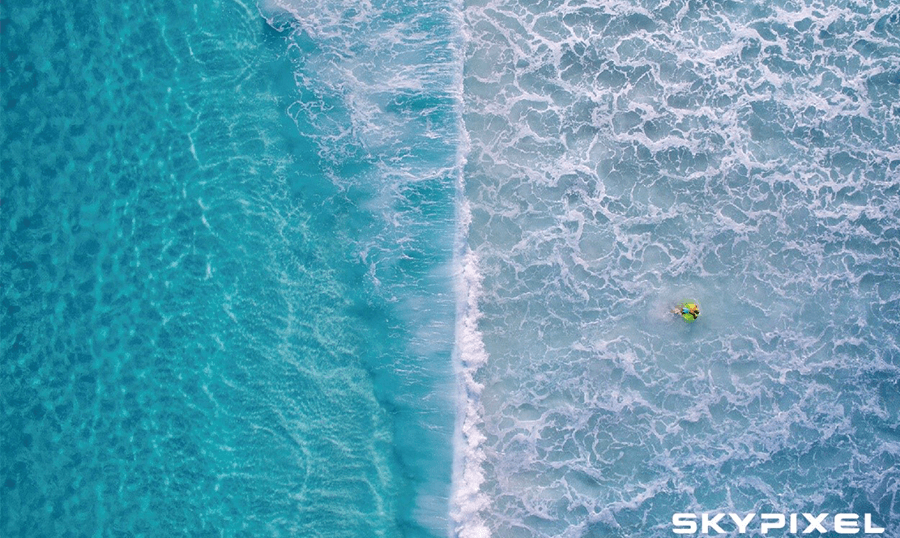 The 2015 SkyPixel Photo of the Year went to “Surge,” a photograph of a lone swimmer shot by Kirk Hille. SkyPixel’s blue-ribbon judging panel selected his photo and other category winners from over 10,000 entries submitted from 146 countries.

Ken Geiger, Pulitzer Prize-winning photographer and a SkyPixel competition judge, said “Surge” offered “a unique viewpoint, lovely color and composition” and “made an emotional connection with me, making me wish to be part of the scene.”

For his winning entry, Hille will receive a DJI Inspire 1 RAW, a DJI Osmo, a one-year subscription to Adobe Cloud and a Zeiss VR One – prizes worth nearly $10,000.

In addition to the grand prize, SkyPixel picked first-, second- and third-place selections in three different categories – “beauty,” “unique dronies” and “drones in use.” Professional and enthusiast entries were judged separately. All winning entries can be viewed here*: www.skypixel.com/events/photocontest

The SkyPixel competition also awarded prizes to photos designated as “most-popular.” Winners were chosen by the number of “likes” they received on SkyPixel.

“The significant number of entries is a clear sign of the rising popularity of drone photography and the unique perspective they offer creators and viewers,” said Sheldon Schwartz, Executive Creative Director.

SkyPixel, which has become the world’s largest online community for aerial-imagery enthusiasts, also said Thursday it launched a revamped website. Version 2.0 of the site features an updated user interface, cleaner look and many new features, including aerial photography tips. The platform will support 360-degree photography with virtual reality later this year.