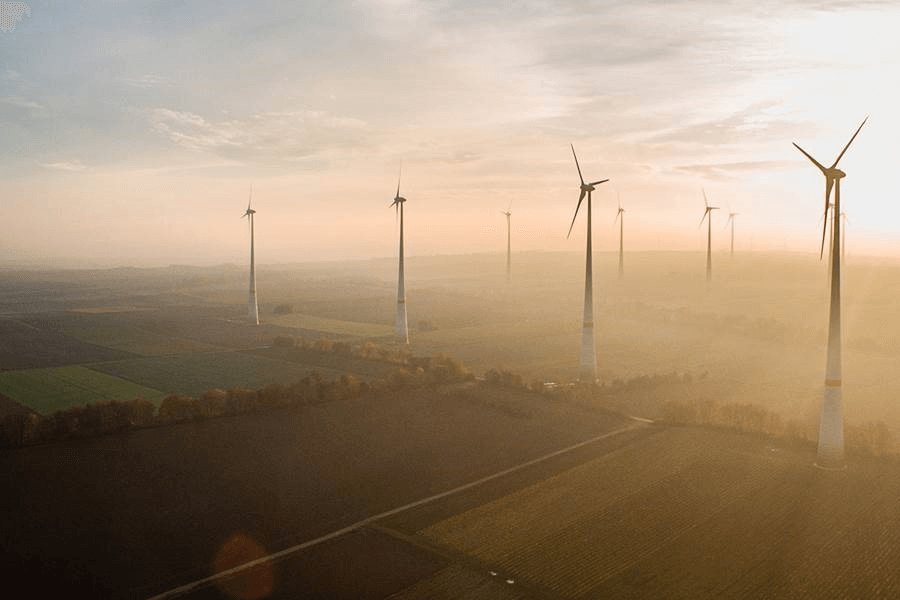 In recent years, wind farm installations around the world have taken off in a big way. Besides being a clean, renewable alternative to burning fossil fuels, wind power is even able to meet all the of the energy demands in some countries. Denmark, for instance, generates 140% of its domestic electricity demand from wind power and exports the surplus to neighboring countries.

However, maintaining all these mechanical parts and turbine blades in the remote areas, or, in some cases, above water, where these towering structures are built is far from easy. Regular wear and tear, bird strikes, and lightning strikes often leave behind small cracks or even damages undetectable to the naked eye.

Flying a helicopter can’t get maintenance crews close enough to detect problem areas and sending workers up can be extremely dangerous. But an Unmanned Aerial Vehicle armed with a high-resolution camera, infra-red camera or other sensors is nimble enough to carry out detailed inspection. By reducing the need for dangerous manned inspection, UAV wind turbine inspectors can help lower operation costs and save time without compromising maintenance standards.

That’s precisely what Texas-based Ventus Wind LLC is doing with its fleet of DJI drones. Last year, Ventus Wind received a Certificate of Authorization (COA) from the Federal Aviation Administration to operate its Phantom 2, Phantom 2 Vision+, Inspire 1, and Spreading Wings S1000 up to 200 meters.

“These lightweight aircraft operate at slow speeds, close to the ground and in a sterile environment and, as a result, are far safer than conventional operations conducted by humans dangling from ropes.” —Federal Aviation Administration

According to Marco Zvanik, owner of Ventus Wind, inspecting wind turbines by rope access can take three to four hours. But now, thanks to its team of eight UAV operators, Ventus Wind has cut that time to just 45 minutes. In an industry where precision, time, and safety are paramount, it is no wonder leaders in public utilities see drones as a cost-effective alternative to dangerous manned inspections that cost US$10,000 each.

“Drones can do just about anything the energy companies don’t want to send people to do.” —Michael Blades, analyst for the research firm Frost and Sullivan

Indeed, wider application of UAV technology in the energy business is making high resolution visual inspection of blades, nacelles, utility and telecommunication towers, and other hard to reach assets easier and more cost-effective than ever before. Thanks to high resolution cameras mounted on drones, operators can examine any particular area or feature in depth in order to look for minute cracks, pinholes, or other signs of erosion or soiling that may lead to more serious damages and failures later on.

“A lot of wind farm owners operate their own transmission lines and substations. Visual inspections are necessary along with infrared thermal imaging for detecting conductor hot spots or broken insulators. Another available sensor, UV cameras, can detect corona discharges which would indicate broken hardware such as insulators and conductors.”

As sure as the wind blows, drones are becoming an indispensable tool in ensuring our future energy needs are met.  And with further advances in visual imaging and all the data it brings, the sky is no longer the limit.

For more info about the Spreading Wings S1000 system used by Ventus Wind, check out: www.dji.com/product/spreading-wings-s1000