DJI Creator Profile: Henry Do - An Appetite For Adventure 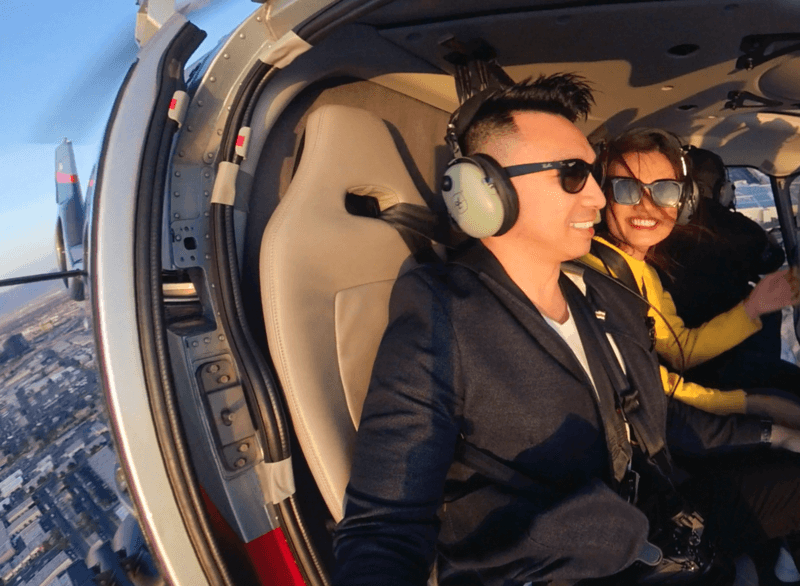 Henry Do can’t tell me exactly what it is he does. “Let’s just say I work in the cybersecurity industry for Uncle Sam, and we’ll leave it at that,” he explains with a laugh. I ask if his role is something like a modern-day James Bond, but he declines to answer. “I like my work, especially the freedom it gives me to travel, and to pursue my personal passion, which is photography.”

Henry was born and raised in Vietnam. At the age of 12, he immigrated to the United States with his aunt, looking for the American Dream that so many pursue, leaving behind his parents and three younger siblings. As a teenager he lived back and forth between Las Vegas, Nevada and Orange County, California, moving in with various family members as needed.

From an early age, Henry was fascinated with technology. He would salvage old computer parts from neighbors and try to rebuild them into a working machine. It was through the love of tinkering with electronics that he first got into photography; a 2-megapixel camera on an old Sony Ericsson K750i mobile phone in 2005. He was amazed at how the tiny phone could deliver what, at that time at least, seemed like a very high quality image.

Since then Henry has parlayed his love of computers into a career as a cybersecurity professional. And his passion for photography has expanded into commercial jobs, working with partners like BMW, Samsung, Red Digital Cinema and Lufthansa Airline. You can find more of his work at his website and on his Instagram.

So it was a love of computer and cameras that got you where you are today?

Well, actually there was one other thing along the way. After I graduated high school I got really into the automotive import scene. I had spent years fixing up old computers, and I started trying to put those same skills to work on automobiles. I would spend hours learning about my car at the time and how to make it faster by upgrading parts, modifying the ECU, tuning, and so on.

After I fixed up the cars I would sell them. To advertise, I picked up a Nikon D40, I think this was back in about 2006. That was my first DSLR. I was posting the images to various car forums on the web.

Some friends noticed my work and asked if I could take pictures of their cars too. From there I started getting invited to car shows, events, and began to have a side business in automotive photography. 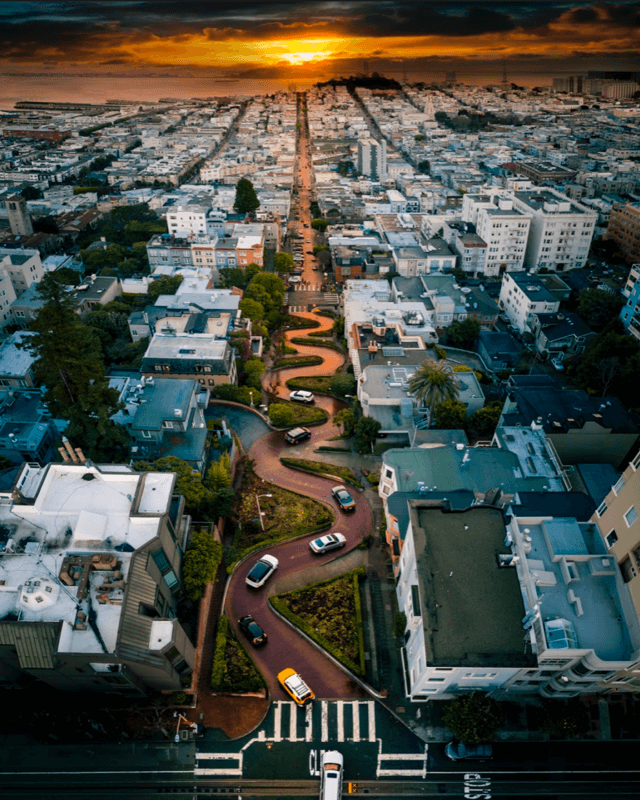 What were you doing full time?

I was going to school and getting a degree in the cybersecurity field. After graduating, I was sent to an overseas assignment in Seoul, Korea. That trip really opened my eyes, and my passion kind of shifted from cars to travel.

At the time I was posting stuff to Facebook. Most of the feedback was from friends and family, but they really liked what I was doing, so that encouraged me to go farther with my work. This was before YouTube really took off, so I would go to the library and read books to learn as much as I could on photography.

Do you remember when you got involved with drones?

I know that my first drone used a GoPro, so it was a Phantom 1 or 2. You had to attach the GoPro, and put it on a timer. Then you would take off and pray that the framing was right when the image was captured. Oh, the struggles that we had to deal with back then.

When the Phantom 3 Pro came out, I immediately got one of those. For me it was a game changer. I was travelling a lot for my job and started posting a lot of aerials to Instagram. At the time this was pretty unique, even a shot of the coastline from the air. Now it’s common, but back then it really helped me stand out.

Now that drones and DSLR cameras are available at a relatively low price, how do you differentiate yourself from the crowd? How do you make sure your images stand out?

The editing process plays a huge role in making my images stand out from others. I shoot only in RAW mode to get the most dynamic range out of the Mavic 2 Pro. This gives me a lot of flexibility when editing the image afterward. I often wake up early to get the best light at dawn when shooting on location. Most of the time, I underexpose the image about half a stop, knowing that I can recover the shadow while keeping the highlight from blowing out. That's a great capability you get with the 1” sensor of the Mavic 2 Pro. Learning about the technical aspect of photography and the foundation are really what every drone pilot should do if they want to create that perfect image.

I know a lot of people who edit on a laptop, which is fine for traveling, but at home, it is better to be editing on a big, color-calibrated monitor so that you can lock in how it's going to look. 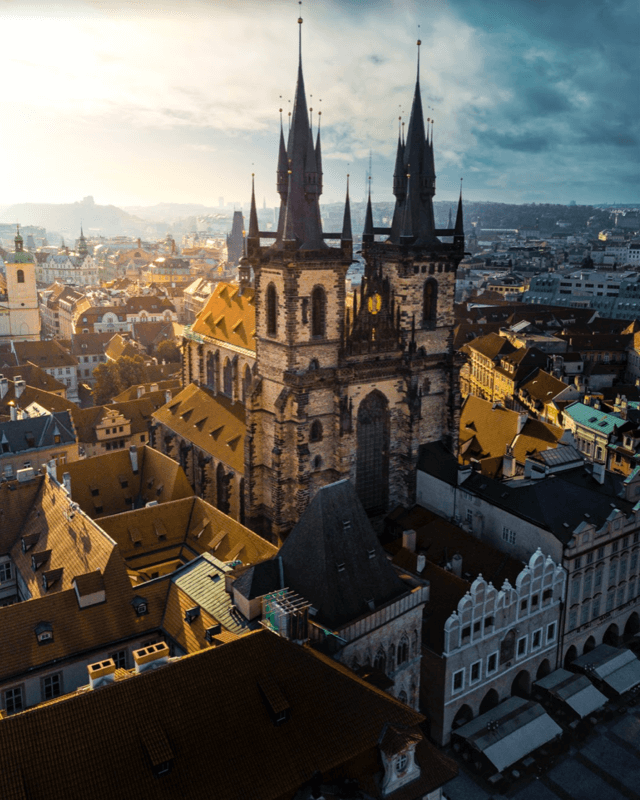 So what kind of gear are you working with at home and on the road?

I’ve got the Mavic 2 Pro, plenty of filters from PolarPro, and my old Mavic Pro as a backup. Even with two drones, the form factor is so portable, you can travel easily. On the ground, I use a Sony a7R III mirrorless camera along with 3 lenses from Sony: a wide angle, a prime, and a telephoto lens.

When I’m on the road I use a Dell XPS 15 laptop, that has 100% AdobeRGB & sRGB color calibrated. At home, my monitor is the LG curved screen that is also calibrated. I also use a third party monitor calibration tool to ensure that the color is just the way I want it. 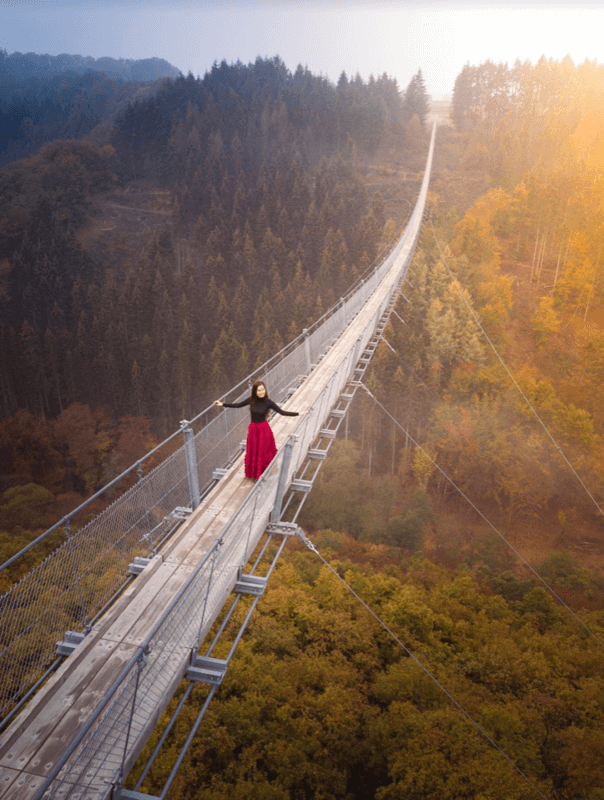 Does it ever get lonely traveling constantly?

Absolutely! Luckily for me, that is no longer the case, since I got married in 2017 to my lovely wife Vicky. We met while I was traveling ijn Vietnam. At first, we have to endure the whole long distance relationship thing because we were citizens of two different countries, the USA and Vietnam. Since I was living in Europe at the time, she met me in Paris and we flew to Denmark to get married there.

Now, she travels with me and is vlogging our trips on YouTube. We share a lot of content and are working on building our audience together. Finding the right partner, someone who shares your interests and passions, makes life a bit less boring.