Inside a Drone: Computer Vision 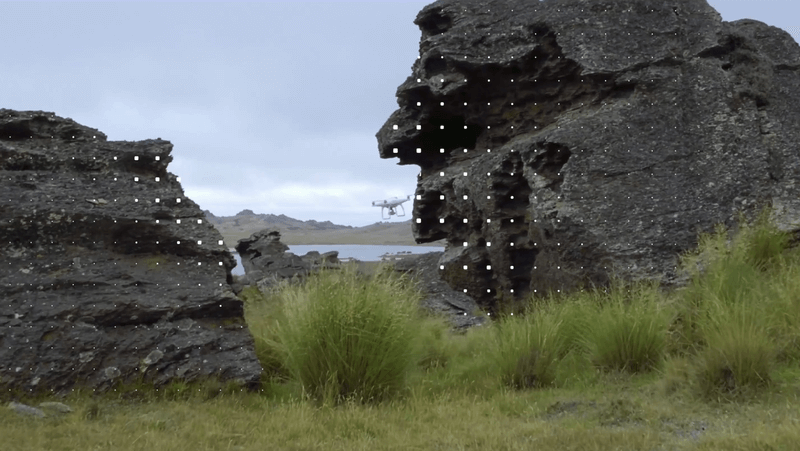 Sharp vision coupled with incredible smarts is what gives the Phantom 4 its new breakthrough features: Obstacle Avoidance, ActiveTrack, and TapFly. While easy to use when flying, behind these technologies is a complex mix of next-generation hardware and innovative software solutions to create a drone that is capable of both seeing and reacting to its environment.

The system that gives the Phantom 4 its ability to see consists of two front-facing and two downward-looking optical sensors, coupled with two dedicated image processors. The system extracts 3D information from the digital images captured by its sensors through stereo vision, or stereopsis as it is called when the human brain does it, comparing the information about a scene from two vantage points and using the difference in position for each object in the two 2D images to triangulate their real-world locations.

By working closely together with its satellite positioning system, the aircraft is able to locate itself within this map, with an accuracy of +/- 0.1 m vertically and +/- 0.3 m horizontally. This way, the aircraft is able to maintain and re-adjust its hover position even if it is pushed by an external force or carried away by strong winds. The VPS also increases hover accuracy and makes it possible to fly indoors where no GPS signal is available.

The optical sensors give the Phantom a 60° by 50° Field of View that it then re-creates as part of the 3D map. In comparison, ultrasonic sensors generally have a limited range and narrow FoV of around 15°, making them unsuitable for the purpose of obstacle sensing. The distance between the aircraft and all detected objects is instantly captured and monitored to avoid collisions. If an object is projected to be in its path,  the drone will automatically adjust its path to go over or under the obstacle.

In situations where moving objects suddenly enter the path of the Phantom, it is able to quickly sense  change in the scene and stop and hover or go around the obstacle. With a wide effective range of 0.7 m to 15 m, the Phantom 4's Obstacle Sensing System helps it dodge obstacles even when flying at speeds of 10m/s.

Want to learn more about how drones work? Check out our previous Inside a Drone articles: ESC, Propellers, Brushless Motors.