Phantom to the Rescue in Iowa Heart Attack Emergency

Wednesday, July 13th, 2016, a family tradition was turning into a tragedy. But, after brilliant work by the Kossuth County Emergency Management using their newest tool — a DJI Phantom 4 — it'a given a fairytale ending, tunirng the event into a story receiving national and international attention as a model usage of drone technology by first responders in search and rescue missions.

Travelling on the Upper Des Moines River, which runs through the city of Algona in Kossuth County, Iowa, Thomas Fitzpatrick and his granddaughter were met by an obstacle that would prove unsurmountable. After days of heavy rain that had raised the water level, the river was full with debris from the river bed. As a result, a logjam had been built up, blocking the path down the river.

“It’s kind of a family tradition to take the boat down the river. My granddaughter was visiting for the week from Columbia, Missouri, and she really wanted to go,” Fitzpatrick told the Globe Gazette.

When trying to push the boat over the logs, Fitzpatrick felt a pain in his chest, which was later identified as a heart attack, and became immobilised. He was forced to call the Kossuth County Sheriff’s Office for assistance. Since more than three hours had passed since starting on what would normally have been a breezy, relaxing boating trip, it was past 8PM and there was less than an hour's worth of daylight left. 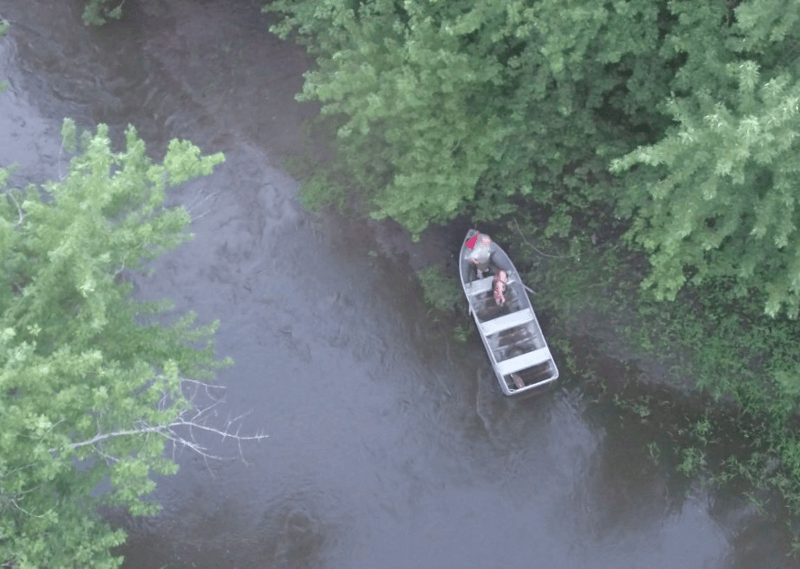 The Fitzpatricks stranded at the river bank. Photo courtesy of the Kossuth County Sheriff's Office.

Further complicating the emergency rescue was the fact that there were few landmarks around them, making it hard to communicate their position even though they had phone contact with the rescue team. To locate the caller, the team would normally have had to spend several hours tracking up and down several miles of the river and cutting through overgrown terrain including four feet tall cornfields.

David Penton, Kossuth County Emergency Management Director, who managed the operation, said: “Traditionally we would conduct an “all page” which activates all emergency responders in the designated area. The responders would meet at incident command and receive assignments for search. This type of response is not the most effective but was our only initial option. Once the ground efforts were underway, Command would consider requesting for air support from the Iowa State Patrol (State Law Enforcement) to fly the area in question. This aspect is not always available depending on availability of the piolet and aircraft maintenance.”

Phantom to the Rescue

Enter the DJI Phantom 4. Having been purchased in May of this year, drone use was still very much at the experimental stage for the Kossuth County Emergency Management team. Still, it would prove to be an instrumental part of the operation that evening.

“The Phantom was new to us… We had not used it much due to the current public perception. However, with this event we knew that it would be dark soon and one of the victims was experiencing a cardiac event. Time was of the essence. Responders on the ground could hear the duo yelling so we knew the general direction, however we did not know how far and what terrain we would encounter. With the drone's ability to fly a path between the ground efforts and the victims we could have this key information,” continued Penton. 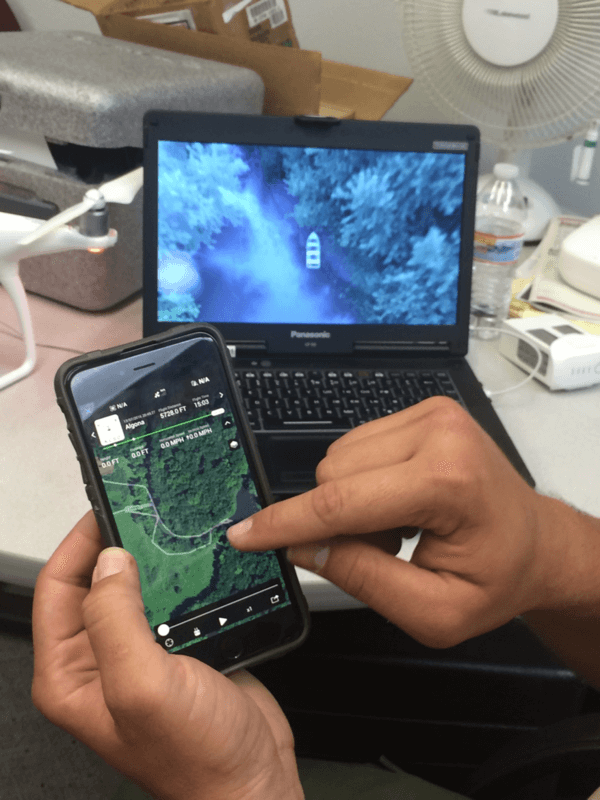 Kossuth County Deputy Josh Missman shows how he could track the path of the drone with his smartphone, enabling him to direct colleagues Radmaker and Penton. Photo courtesy Algona Upper Des Moines.

Being directed from the sky, Penton's team were able to quickly reach Fitzpatrick and move him to the helicopter waiting a few hundred meters from his location. By 10 PM, Fitzpatrick had already been transferred from the helicopter for transportation by ambulance for treatment at the nearest hospital.

“We were sitting on the river, and I heard that funny noise,” said Fitzpatrick to Globe Gazette. “I looked up and saw that drone and waved.”

How did Penton's team come up with the novel idea of adapting a drone to their work process? And how did they come to choose a DJI aircraft for their initiative?

On being a first adopter as well as first responder, Dave says, “No one here in the county was too informed with drones… All we knew was that they were new and controversial. The Sheriff’s office was approached by our insurance provider with a grant opportunity. The Sheriff’s office and Emergency Management began to conduct research on different products obviously finding the DJI Phantom 4 to be the best for our intended use. Ease of operation and price.” 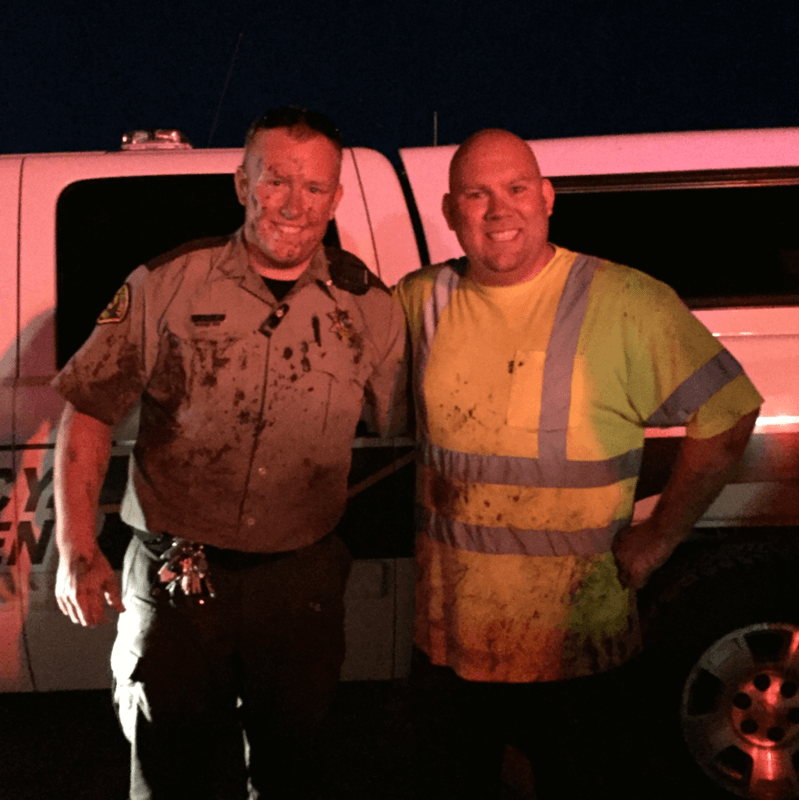 The time since this sensational rescue has shown that drones aren't a fad nor a one hit wonder when it comes to rescue operations. Already, the Phantom has been used for a range of important operations.

“Since this rescue we have purchased a second drone and utilized both for several successful operations. Two river rescues, three crime scene investigations for officer and civilian safety,  one investigation of possible man with a gun in a car, and a search of a corn field for a missing person. This drone has become part of our daily rescue tool box,” concludes Penton.