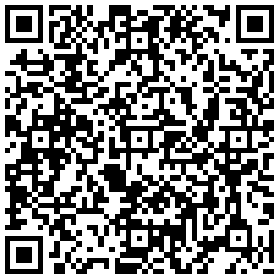 1.How many physical inputs does Datalink 3’s remote controller include?
In total, the remote controller features 12 different physical inputs. Using its Control Sticks, RTH Button, Transformation Switch, A Button, B Button, D Button, C1 Button, C2 Button, and Gimbal Pitch Dial, a variety of functions can be performed using remote controller commands.
2.How do I connect Datalink 3 to my mobile device?
You can connect Datalink 3 to your mobile device via a USB cable, just as you would with a DJI Phantom series remote controller.
3.Can I customize remote controller inputs with a DJI flight controller? What about with a third-party flight controller?
Yes, while connected to a DJI flight controller, you can customize input functions through DJI Assistant 2. Third-party flight controllers generally have their own programs through which remote controller inputs can be customized.
4.Is Datalink 3’s transmission frequency adjustable?
No. Datalink 3’s transmission frequency is fixed at 2.4 GHz ISM.
5.Which radio frequency technology is used to connect Datalink 3 and the Air System?
Narrow-band FHSS technology.
6.What are the advantages of Datalink 3 compared to other remote controllers, such as Futaba controllers?
Datalink 3 is compatible with two professional apps, DJI MG and DJI GS Pro, which are designed for agricultural and mapping applications, and can be upgraded with expansions such as the high-performance GPS module, high-precision RTK positioning module, and more. Additionally, its 3-kilometer control range can meet the needs of most professional applications. You can also customize Datalink’s buttons according to your preferences.
7.When using D-RTK, if the Ground System changes location during flight, will D-RTK’s positioning accuracy be affected?
To achieve centimeter-level accuracy, users only need to connect the D-RTK Air System to their aircraft, download positioning data from a third-party RTK service provider via a mobile network, and upload them to the aircraft, without the need for an additional D-RTK Ground System. As long as your phone is connected to a mobile network and the remote controller is connected to the aircraft, it is ok to move the Ground System during flight.
8.When FCC compliant, why is Datalink 3’s maximum control range only four kilometers, while the Mavic Pro supports up to seven kilometer long-range control?
Datalink 3 uses different transmission technology from the Mavic Pro.
9.If there is no SBUS port on the Air System, then how do I connect to a third-party flight controller?
The DBUS port on the Air System is SBUS compatible, so the system will automatically switch to DBUS or SBUS depending on the connected equipment.
10.How do I control a model car or boat with Datalink 3?
Theoretically, if your model uses SBUS protocol, you can control a model airplane, model car and or model boat by customizing the flight controller.
11.Under what conditions should I use the expansion GPS module that offers higher positioning accuracy?
The expansion GPS module features better positioning performance than built-in mobile device GPS. When your mobile device’s GPS cannot meet your application’s demands, we recommend you use the expansion GPS module.
12.Can I link Datalink 3 with a Futaba remote controller via SBUS?
The SBUS refers to the data communication protocol that connects the flight controller and Air System, while linking refers to the communication between the remote controller and Air System. As different manufacturers employ different technologies, data cannot be communicated between Datalink and a Futaba remote controller.
13.Why does Datalink 3 not feature a built-in GPS module?
Datalink 3’s remote controller features a compact frame, and a built-in GPS module doesn’t perform as well as an external GPS module. The expansion GPS module allows this compact design to be retained while improving performance.
14.In what industries can Datalink 3 be applied?
Datalink 3 can be used in agriculture, mapping, drone racing, model airplane flying, and more. Its buttons are also customizable.
15.Can all buttons on the remote controller be customized through the SBUS?
All buttons can be customized through the SBUS. The control sticks cannot be customized.
16.For applications such as drone or model airplane racing, does Datalink 3 support channel mapping and fine tuning?
Datalink 3 doesn’t support video transmission, so it cannot be connected to a third-party FPV camera. But channel mapping and fine tuning are available when using an SBUS flight controller.
17.Can the power cable of the Air System be used as the CAN/UART cable?
No. The Air System power cable can only be used to charge the Air System. Please make sure the Air System power cable is connected to the power port. If you use the Air System power cable as the CAN/UART cable, the Air System might short circuit and break.