Over the past few years the agriculture industry has quickly adopted drones for use as remote sensing tools to better visualize their crops for precision agriculture, such as in the United States’ Midwest where a DJI solution saved farmers as much as $9.80 per acre. Similarly, DJI has developed its own drone solution for spraying, the Agras MG-1S, which has been used for precision spraying of pesticide and herbicides.

Aermatica3D, an Italian-based DJI Enterprise system integrator, has further pushed the application of drone technology in agriculture by creating a solution for dispensing biological treatments to suppress pests. Aermatica built on top of the DJI Matrice 100 developer drone platform to effectively suppress the European Corn Borer, a pest that threatens farmers’ corn yields across the Americas and Europe. 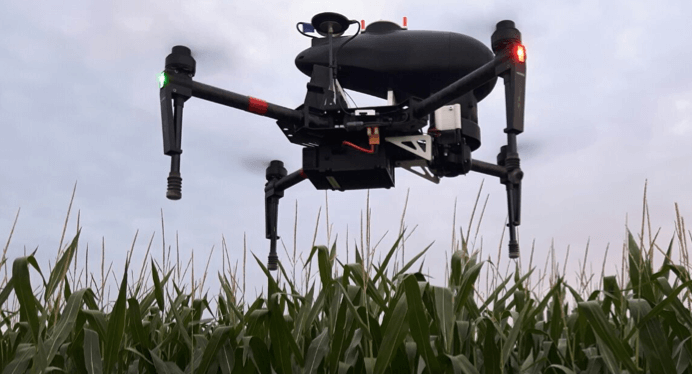 The distribution system dispenses capsules of Trichogramma, an insect that naturally neutralizes the European Corn Borer. This method is less intrusive and more sustainable than commonly used chemical pesticides, which tend to damage the local environment and risk having these pests become resistant to treatment which would further increase the cost of suppressing these pests. 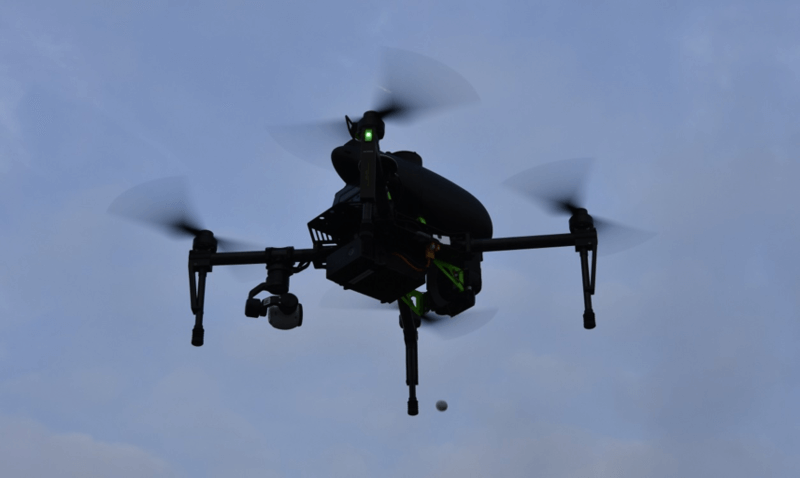 Although this might sound to you more like a science experiment than an actual solution, Aermatica3D’s pest suppression solution has successfully been deployed on 700 hectares of corn fields across Northern Italy, distributing over 100,000 capsules.