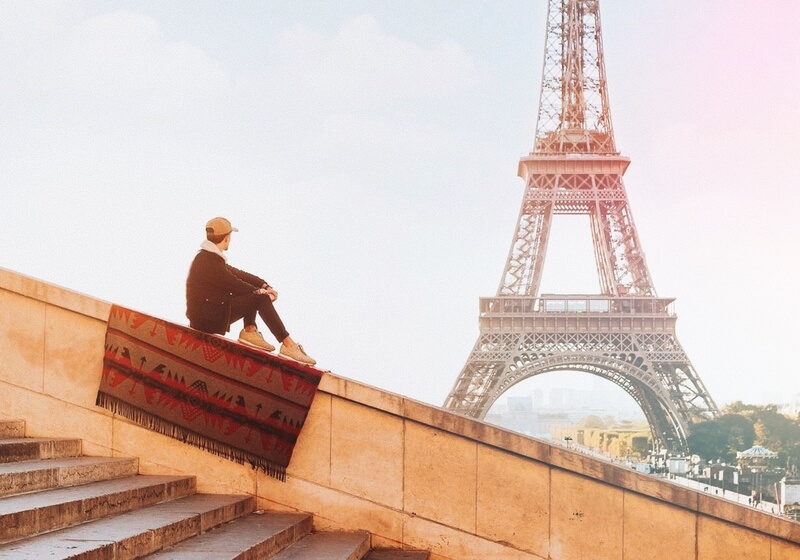 Sam McAllister is a 21-year-old creator based in Dublin, Ireland, a rising star in a new generation of creators who chronicle their wanderlust through social media and parlay this lifestyle into a career creating content for brands.

After high school, he took a gap year, picked up a small action camera, and embarked for Costa Rica. That first adventure convinced him it was worth upgrading to a professional point and shoot camera. He loved photography, but wasn't completely ready to abandon the safe, traditional path. He ended up doing three years of study at University in political science. And then, with one year left to go, McAllister dropped out to pursue travel and photography full time.

Over the last several years, that risk has paid off. He has worked on creative campaigns for Marriot, Volvo, and Huawei. As he's grown into this new career, one of his most important tools is his drone. McAllister uses his Mavic Pro to compliment a Canon and Sony mirrorless camera. He hopped on the phone recently to chat with DJI about his love of adventure and use of drone technology. You can see more of his work on his Instagram

What was going through your mind when you decided to take a gap year after high school?

The decision to take a gap year terrified me a little. I was coming straight out of 14 years of education so I was completely accustomed to a more regimented life. After school, I started working in retail on minimum wage and spent four months saving the majority of my income to build up a base from which I could plan an adventure. There’s something about working an unfulfilling job that really pushes your mind’s creativity. I’d spend hours daydreaming about far-flung places. I’d just turned 18 so I felt that I could no longer hide behind the “oh I’m just a kid, I’ll wait until I’m older” mentality which really spurred me on.

Costa Rica to me, at 18 years of age, was just about as far away from Ireland as I could imagine. The adventure came first, and the little action camera was secondary, which I think has really helped cement how I still approach travel. One of the biggest initial challenges for me was the language barrier. I had passable German and French coming straight out of school, however, Spanish was mostly new territory for me. Also, street signs and even street names were practically non-existent in the parts of Costa Rica I was exploring, which means communicating with locals is key to getting around. I’m naturally introverted, and having to constantly interact with people exhausted me but also exhilarated me.

Feeling a little creative today. Took the drone out and shot a speedboat from above. Ended up in my coffee Turn the sound on and get lost at sea for a few minutes #WHPmini #TheWeekOnInstagram -: Shot on @canonuk 80D, @sigmaphoto 18-35, + @djiglobal Mavic Pro

After that first adventure, you decided to play it safe and went to college to study political science. But then, after three years, you dropped out. What was going through your mind when you made that decision?

This is a little more personal but I’m happy to talk about it to a certain extent. I loved studying political science as it really helped make sense of the world around me. After three years, however, I really didn’t see myself progressing with it as a career, as I started to fall more and more in love with creating. Around this time, my mental health degraded to the point where I lacked any interest in anything I was doing and my grades suffered. I thought that by leaving, focusing more on myself and my passions that it would help alleviate some of the dark times. I didn’t understand at the time what was happening to me, but in retrospect, I feel that I made the correct decision nonetheless.

I’m studying a postgrad now (online) which, although very different, allows me to be a little more flexible with my time.  Flying drones in a strange way helped with some of what I was/am going through. Being able to take off and fly high above the noise of everyday life & capture ethereal moments is very attractive to me. I think the most common answer people have when they’re asked “what superpower would you want?” is that they’d love to fly. This is the closest I’ll get. 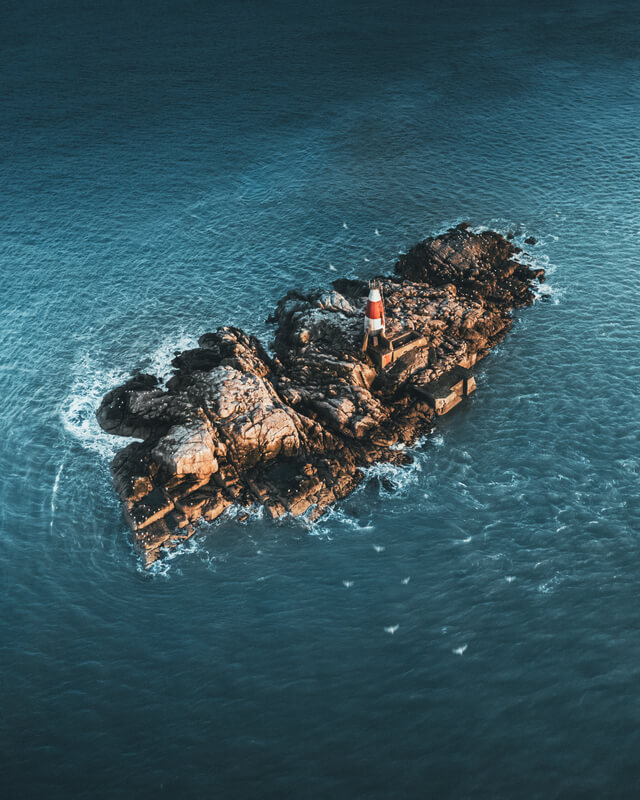 What was the first big break that got your career as a content creator rolling? What have you learned since then?

I was pretty lucky that about a year after I started creating, The Luxury Collection (Marriott) connected with me after seeing some of my work on Instagram. They invited me on a week-long trip to photograph two properties in Vienna & Salzburg, Austria. It was a whirlwind week, shooting from dawn to dusk and I even had the opportunity to go para-gliding from the top of a snowy mountain range. After I got home, I was like, "this is what I need to do." I got incredibly motivated.

A lot of it isn’t sexy, it practically consists of ideating a project, figuring out partners that may be interested and then emailing, phoning and meeting them. An example of which was my recent partnership with Volvo Cars, where a friend and I decided to drive the Wild Atlantic Way in Ireland. We teamed up with Volvo and showcased their new XC40 alongside what we would already have been making. When a collaboration fits like that, it’s the best feeling in the world and I was super grateful that they could make it happen.

Some of the biggest lessons were definitely learned in the early days. To sum two years of my mistakes up, I can boil it down to the importance of communication. When I first started, I never used contracts. This inevitably leads to a certain grey area of communication which can get difficult if a client requests something that may not have been agreed on. There is a tonne of resources online to help create a basic legal contract, something that I urge any creators to use every time they make something for someone else.

I understand you lost a DJI drone at one point. What happened?

I was flying my drone in Croatia on assignment for The Yacht Week and decided to catch sunset on the last night. I took off and was immediately swarmed by a flock of birds. The birds kept swooping and swooping trying to attack the drone, I guess they mistook it for a threat. I was swerving side to side to avoid hitting them as I didn't want to hurt them. I was flying back towards the roof of the apartment that I was flying from and accidentally caught the wall and it fell 30m to the ground. Thankfully I'd bought DJI Care Refresh and it was replaced with a new drone with two weeks. And not a single bird was harmed.