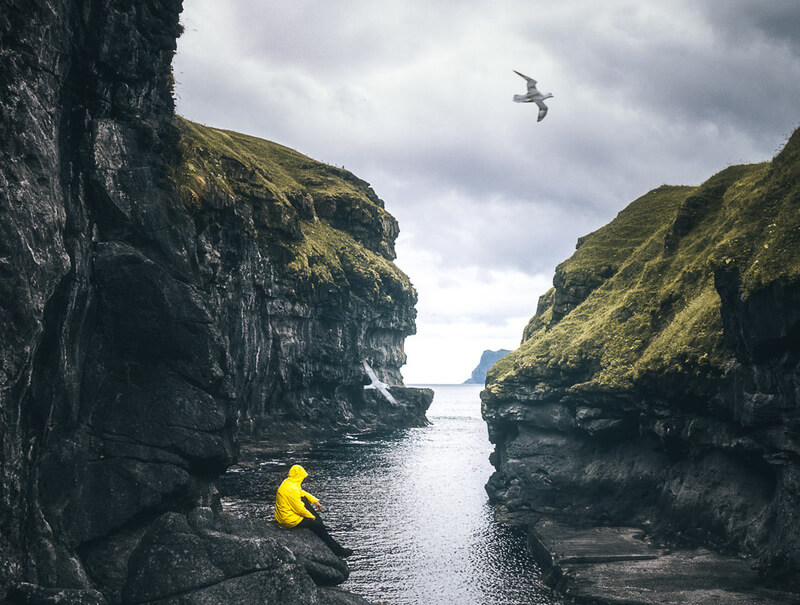 Tommy Del Valle Perez is an aerial photographer and filmmaker based in Puerto Rico. He specializes in landscape photography. "My passion lies in capturing a moment that conveys a story and evokes emotion in the viewer." He has done brand work for companies like DJI and PolarPro and been the aerial camera operator for an episode of the BBC documentary Natural World. He is one of the leading lights among a new generation of creatives in Puerto Rico. You can find him on instagram as @airlenspr.

So where did this all start for you?

I became interested in photography through my girlfriend, this was around 2015. She was studying photography at Centro Sor Isolina Ferre. I was amazed at what she was capturing. After planning a cruise trip in October of that year, I decided I wanted to capture every single moment. I bought my first handheld camera, a Nikon 5100. This allowed me to train my eye and take aerial photography more seriously.

How did you move from photography to drones?

I was born in San Juan but I grew up between Ponce and Juana Diaz, which is a small city located in the south of the island. I was doing IT consulting, so I knew about computers, but not drones.

It is really funny how I got into drones. My nephew received a toy helicopter for Christmas and I couldn't believe a toy could fly and be controlled. I was so amazed that I ran to the store and bought one. It was a super basic $10 unit. As soon as you took off it would fly forward. You couldn't hover, just move forward, turn, or climb.

After a week I wanted something better, so I ordered a Blade Scout CX. That could hover and fly in any direction. I started to get into tricks, flying upside down, stuff like that. There are a number of clubs here that gather in parks to do drone racing and trick flying.

Months after, I got my first drone with a camera. That changed everything. I bought a Phantom 2 Vision and I was amazed by the quality. They were probably the worst pictures and videos on the planet, but I was the happiest person in the whole world.

So what’s it been like building you career since then?

I basically have stopped working in IT, I'm doing aerial film and photogrpahy full time. For me, flying drones doesn’t feel like working at all. When I am in the air I feel like a superhero. I know no fear, well, unless there are birds around. It doesn’t matter how complicated the job, I feel I’m getting paid to play with toys, to do what I love.

What’s in your bag when you go traveling? What are your favorite tools of the trade right now?

When I travel I carry my Phantom 4 Pro as my main unit and a Mavic Air as backup. For a camera I have a GH4 with a 12-35mm lens. I bring lots of SD cards and some big hard drives to dump all the files onto. I also have a GoPro, microphone, and ND filters and polarizers for my drone and camera.

I usually have a pole for the GoPro, a tripod, a glidecam, my Macbook Pro, and the Crystal Sky monitor. Having the ability to fly while seeing every detail, even in direct sunlight, is just amazing. I have a Mavic 2 Pro on order, so when that arrives the Phantom 4 will go on the bench.

Who are some of you favorite creators these days? Where do you see platforms like Instagram heading in the future? What role will drones, stabilizers, or other technology play?

My favorite creators would be Tobias Hagg and Peter Mckinnon. Tobias has a very moody style which I love and his aerials are just mind blowing. I love Peter Mckinnon's videos, his personality, and the way he teaches. There are some other creators I admire, folks like @samkolder, @asenseofhuber, @joshrossiphoto and @boyanoo.

I’m sure that robotics and AI will be the future. I'm already kind of amazed that we have the ability to fly, to capture those moments, and tell a story, all without breaking the bank. I can imagine different kinds of robots holding cameras and helping you film, stuff that can track you on land or in the water the way DJI drones do in the air.

What's it been like in the aftermath of Hurricane Maria. Have drones played a role in the recovery process?

I recently did a shoot for Discover Puerto Rico covering how much progress the island has made after one year. To see the people that lost pretty much everything, how they have recovered and how grateful they are, that really inspires me.

There is so much you can do with drones. People have been using them here to string power lines and to carry bottles of water, for example to a town isolated by a bridge collapse.

After the hurricane the cinematography dried up, but I found a lot of work doing roof inspections for insurance companies. That work was feeding my family.