It was only in January of this year that the U.S. Federal Aviation Administration (FAA) issued its first Section 333 exemption for a DJI Phantom, making the Phantom eligible for commercial use within the U.S.
Six months later, there have been over 700 Section 333 exemptions issued to commercial drone operators, the overwhelming majority of them to companies using DJI quadcopters.

Currently, a Section 333 exemption and a Certificate of Waiver or Authorization (COA) is necessary for commercial drone use within the U.S. until a new set of regulations that includes UAVs is created.

Companies using drones for commercial purposes are a diverse group ranging from construction companies to security firms to professional filmmakers. 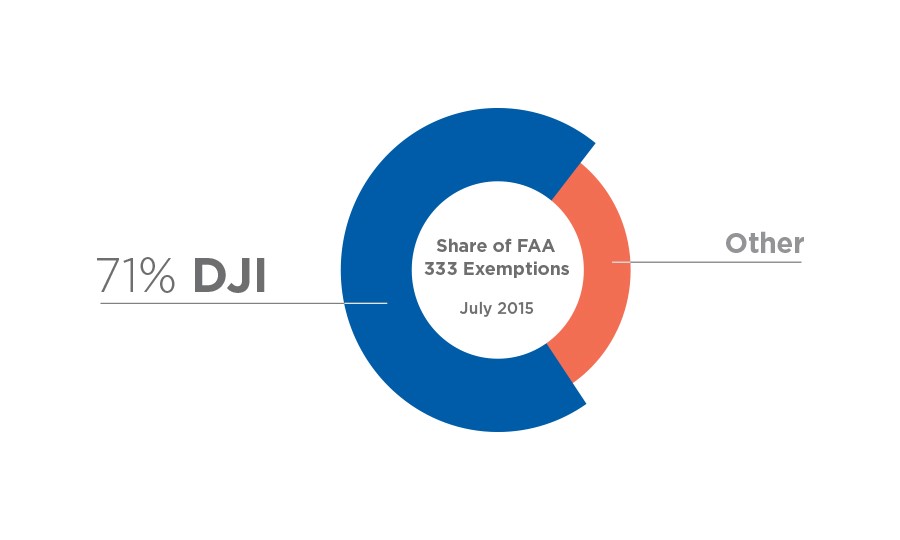 As popular technology publication The Verge noted in its coverage, DJI is incredibly dominant among the UAV manufacturers whose products have received exemptions for commercial use. Out of the total 742 Section 333 Exemptions made as of early July 2015, 71% have been to companies using DJI products.

Because of its popularity among recreational drone users and the makeup of the commercial drone industry, DJI got a head start on all the other drone manufacturers.

As reported by Reuters, the FAA is also working with two U.S. companies to test commercial drone use in situations where the drone is out of visual line of sight of its operator. This will open up many industries for interesting new applications of aerial technology. Examples of such applications include precision agriculture, and drone-based package delivery.

The FAA is also partnering with CNN to test drone usage for the purpose of news gathering in urban areas, which are currently off limits for UAVs.