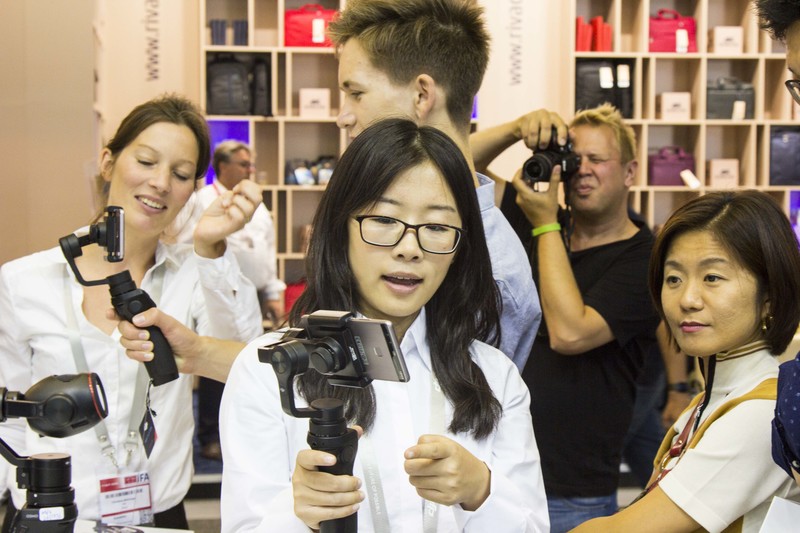 Under the banner of Storytelling Redefined, DJI's participation at IFA Berlin 2016 delved into the history of the company on its tenth anniversary, its significant role in redefining the art of visual storytelling, and the introduction of the Osmo Mobile, the latest in its series of smart motion cameras.

The Osmo Mobile is a software-enabled stabilization system that turns the user's smartphone into a smart motion camera, giving them access the DJI GO app's intelligent photography and film making features like ActiveTrack, and keeps the camera steady even when in motion.

Following the keynote announcing the DJI Osmo Mobile, attending journalists and the audience at large had the opportunity to get an exclusive first hands-on experience with the new product and try out just how much it improves smartphone filmmaking. Bloggers and YouTubers present especially appreciated the ActiveTrack feature after discovering how much easier it makes vlogging. 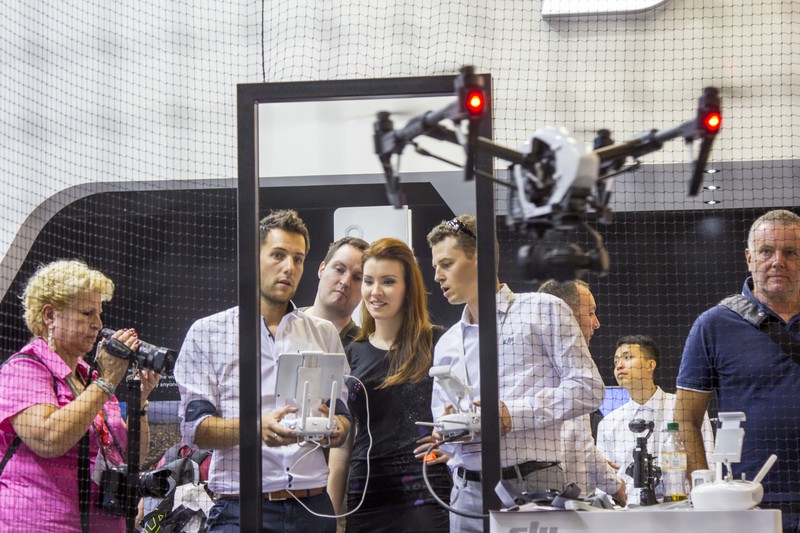 For a unique flying experience, DJI had a flying school open to the public in the Sommergarten. Visitors got the chance to fly DJI drones for the first time, under the expert supervision of experienced instructors.

This was also the first the Inspire 1 equipped with the Zenmuse Z3 zoom camera was demonstrated, with a livestream showing off the powerful shifts in perspective its adjustable focal lengths give.

Also announced was Above the World: Earth Through a Drone’s Eye, a hardcover coffee table book with some of the best aerial photographs ever taken, and a microsite dedicated to DJI's anniversary, dji.com/10. As part of the celebrations, DJI is currently running a #DronesforGood Instagram contest which lets anyone tell the story of how they've used their drone for a greater good. 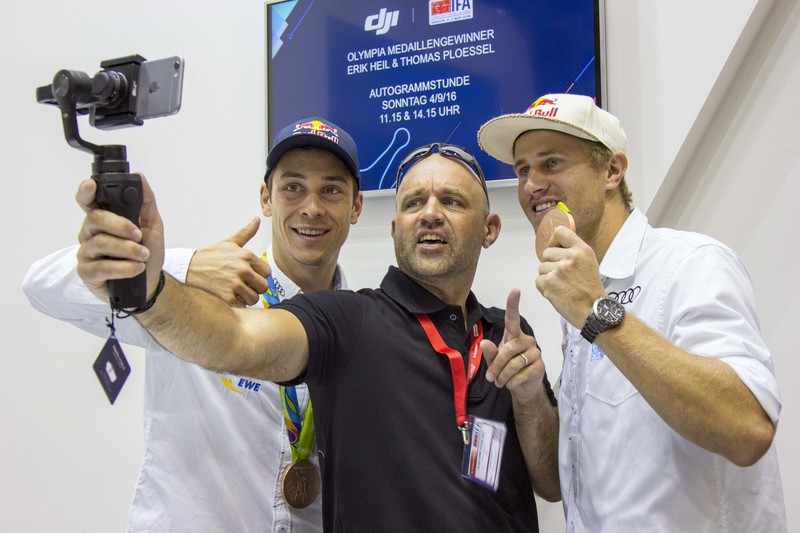 Covering the events for DJI fans was Dylan Baldwin, the DJI Specialist for IFA 2016 who won a free trip to the fair and the opportunity to work together with DJI during the event. With the Osmo, he captured the most impressive new products announced at IFA and relayed it to audiences around the world through DJI's social media channels.

Learn more about the Osmo Mobile or visit dji.com/10