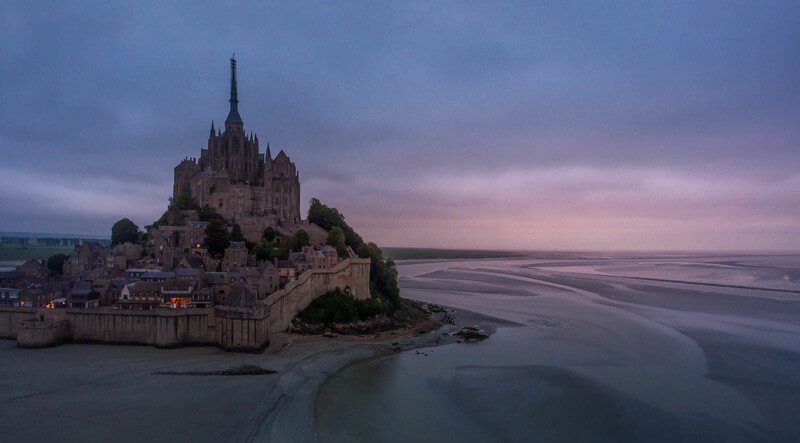 On misty days, the dreaming spires of Mont Saint-Michel — an ancient monastery in Normandy, France — stretch through the tiny water droplets like masts, as if a floating castle had drifted in from the 8th Century.

The medieval monastery’s gothic architecture is a favorite destination for 46-year-old Parisian landscape photographer and photography tutor, Serge Ramelli. Now based in Los Angeles, Serge has been doing professional workshops here and in Paris for the last three years.

“I can’t fly a drone in Paris. But I can in Mont Saint-Michel,” Serge offers, adding that the stunning island commune, accessible only by a tidal causeway at low tide, is where he and his students spend a whole day taking pictures.

In 2016, Serge has taken to flying his Phantom 4 drone over the site with head-turning results. Here is a video of Mont Saint-Michel that the drone artist shot with one of his students.

Ever since he was a child, Serge only ever wanted to be an artist. Two subjects interested him greatly, acting and photography. In a way, through his well received online video tutorials and popular workshops, he has achieved just that. But it almost didn’t happen for the late blooming photographer.

“I was a salesman for most of my life. While I enjoyed it, I felt an emptiness inside and didn’t want to arrive at 65 having never really gone for it,” he admits, somewhat philosophically. 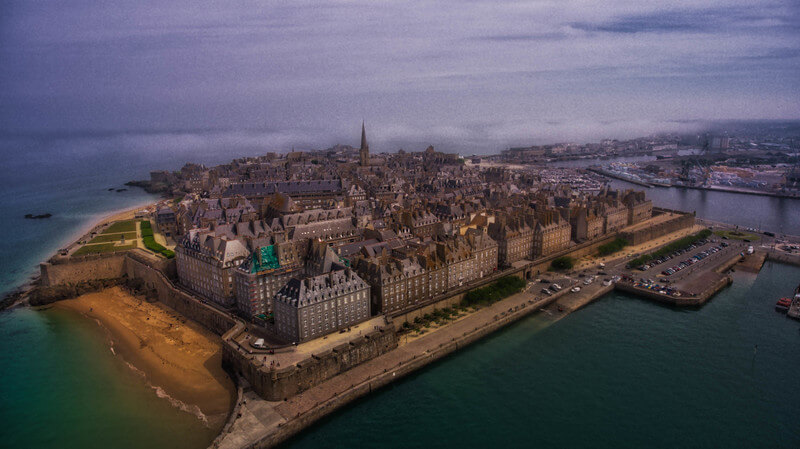 11 years ago, at the tender age of 35, Serge resolved to teach himself everything there was to learn about cameras, photography, lighting and post-processing. This period of intense concentration — “I was really going for it” — lasted about four years. By the end, he had secured himself a decent roster of regular clientele. Around this time, the drone photography market had literally started to take off. Serge became “absolutely hooked” by the possibilities of aerial photography.

“My friend got a Phantom 4 when it came out. He got me to play around with it and I was blown away with how easy it was to fly,” Serge says, recalling just how much of an incredible experience his debut flight was. Immediately, Serge rushed back home and started editing what he had shot that day.

Serge’s entrepreneurial spirit, combined with his natural salesmanship, has already resulted in a popular video on YouTube called How to Take Amazing Photos with a Drone!

In the video, Serge takes his Phantom 4 out for a spin and conveys to the viewer first hand what it’s actually like to fly, shoot, and retouch photos with the drone. The film currently has over 17,500 views.

“People always stop to say hello when I do drone photography,” he muses.

“It makes most of the public dream about flying themselves. I think all of us have had those dreams of flying and the drone helps us achieve that.”

From a hobbyist salesman to a full-fledged photography teacher and now drone tutor, Serge’s dreams have certainly taken flight and appear to be flying high for now.