The law on flying drones in Asia’s most notorious ‘no-fly-zone’, the densely populated neon-lit, high-rise concrete jungle Hong Kong, is still surprisingly open. There are laws in place, but because of the speed of evolution the nascent civilian drone industry is experiencing, intelligent drones have a sneaky habit of moving beyond previous iterations before lawmakers have a chance to properly consider them.

However, there is one company managing to navigate these fuzzy laws for successful commercial work, and they're doing it in style. Remarkably, they’re actually helping make the rules up as they go along too. 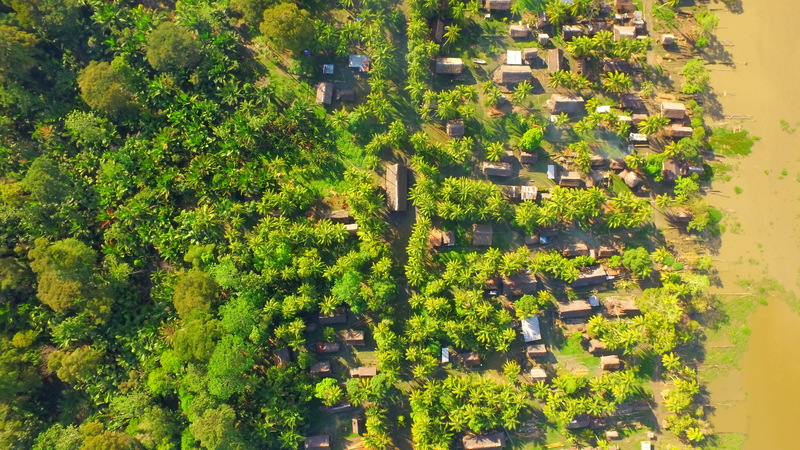 “The main thing that sets us apart from other drone operators is our commitment to professionalizing the industry,” says Kimber, who speaks with the crisp expertise of his profession.

And for the past few years, SCP Aerials has been working closely with the Hong Kong Civil Aviation Department (CAD), helping to develop and communicate CAD regulations to the local film industry. They’ve even set up Facebook and focus groups, improving cooperation and sharing between operators in the region.

Kimber’s evident commitment — “countless presentations to film industry groups explaining the rules and regulations in the region,” he says — has paid off handsomely in that his team has developed a strong track record of winning CAD-approved permits for unique projects. This gives SCP Aerials an edge over their immediate competitors. Now they can give clients peace of mind, assuring them that they are indeed acting legally and responsibly.

“We’ve also been partnered with DJI for much of the past few years as an Elite Content Partner,” he adds with a shimmer of pride.

“It’s helped us greatly in ensuring that we are using the very best and latest technology.”

Kimber alludes to the fact that navigating the city wouldn’t be possible without DJI’s “depth of technical proficiency” – something all their drone applications and systems have, he says.

“Our latest project is developing 360-degree immersive camera rigs and DJI’s M600 is a really stable platform. The improved flight time allows us to try a variety of custom built camera systems we previously found too difficult to fly effectively,” he muses.

SCP Aerials have even given various flight demonstrations for the CAD teams and have developed a series of approved Standard Operating Procedures, which has helped professionalize workflow.

“Through this approach, and through careful planning, recce trips and flight path organization, we’ve been able to fly in Central Hong Kong and Kowloon with permits in a way that most other operators can’t,” says Kimber.

Over the past few years, Kimber and SCP Aerials have amassed enough aerial filming savvy to become adept enough at finding creative solutions in such a densely packed environment. In this way, they’re better able to balance the dreams of their clients with the realities of UAV law and regulation.

“I think the CAD has done a good job of trying to become more accommodating to professional operators such as ourselves,” Kimber concludes.

“But their real challenge is deciding how to differentiate between regulations for commercial operators and for hobbyists.”