Thang Soi's Vision of Vietnam from Above

Hanoi's Thang Soi is not your average aerial film maker. Nor is he the typical art director, or graphic designer — in fact, he has an unusually wide range of skills and interests within the field of visual arts and storytelling that lets him transcend disciplines and evade categorization. Part of the secret to Soi's wide-ranging artistic output is the foundation he gained while studying at the Vietnam University of Theatre and Cinema, specializing in fine art, where he was able to gain skills in an array of subjects including photography and film direction.

Going freelance to be able to travel around Vietnam in 2012 for his own film projects, he still consults as an art director within the architecture industry, and produces documentaries for television. This documentary work is what led Thang, in 2015, to start working with a flying camera — a DJI Phantom.

“Once I had a drone in my hands I immediately set a new goal for myself: to film and photograph the magnificent landscapes of Vietnam from the sky. Now, I've been doing it for almost two years and now have a large archive of aerial footage of my home country. This is something not everyone is able to create,” says Soi of his latest project, Vietnam from Above. 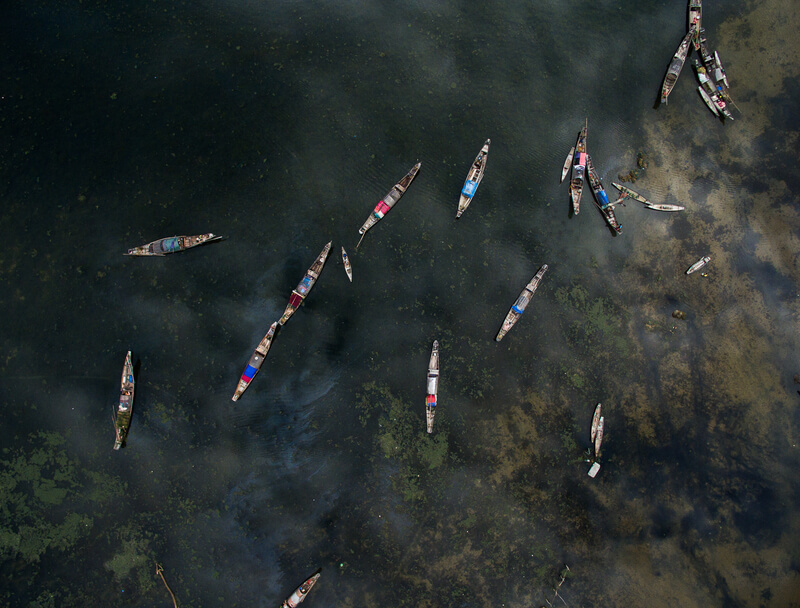 Contributing to the beautiful dreamscapes of Vietnam is the country's connection to water. With 3,000 km of coastline and thousands of rivers, lakes and islands, the blue part of our planet is part of Vietnamese daily life. Yet, as a rapidly industrializing country, balancing economic progress with environmental sustainability is a significant challenge. By capturing the vast beauty of its waters, Soi's videos create awareness that can help protect the country's valuable natural assets.

A versatile visual artist, Thang's arsenal of gadgets include both handheld and flying cameras: “As an independent film maker, I use different equipment depending on the scene and the work I want to create. This includes the DJI Phantom 4 and Inspire 1 Pro when shooting from above, and the Osmo Pro for capturing shots while in motion and close quarter interior scenes.”

After publishing Vietnam from Above on the internet, a flood of emails from young creatives looking to get into drone video hit his inbox. Thang Soi has a simple but profound message to anyone who wants to walk the path he does:

“Create with all your heart, work hard, and prepare well for each shoot in regards to both safety and the set up of your scene.”

Learn more about the DJI Phantom 4 and Inspire 1 Pro