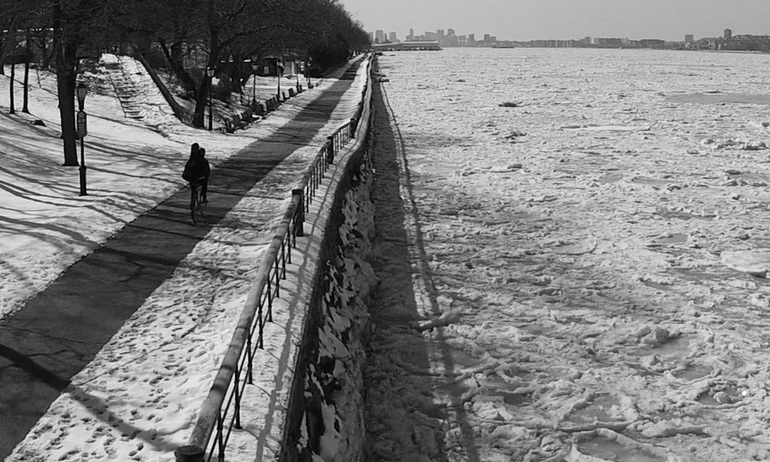 “The Ultimate Tool to Intimately Capture this Rare Phenomenon was a DJI Phantom 2 Vision+.”

Only during an extremely cold winter will the Hudson River provide a rare phenomenon for New York City; the river freezes into a jumbled mass of mini icebergs and supercooled slush known as stamukhi, pancake ice, and frazil. Easy to photograph from the shore but difficult to capture, it is the movement of the ice that truly intrigues. Pensive. Meditative. Introspective. After only a few moments of observation one can easily begin to understand the randomness of nature. The GPS stabilization of the DJI Phantom 2 Vision+ made it possible to to solidly hover high above and also very close to the river ice to uniquely capture the random movements of the ice. Because of the Phantom's size, I was able to fly low under tree limbs and along the railing of the West Side Bike Path then close to the sea wall to film a cyclist next to the crunching river ice. Only by using a Phantom was I able to capture texture and movement without disturbing the watery surface of the ice by excessive rotor wash. My goal was to contrast the non-linear wildness of the natural world with the boxy compartmentalization of NYC using the only tool available that could capture, in perilously close proximity, the movement of the ice with the vast surroundings of the urban environment: a DJI Phantom. More at www.BenCarlsonPhoto.com