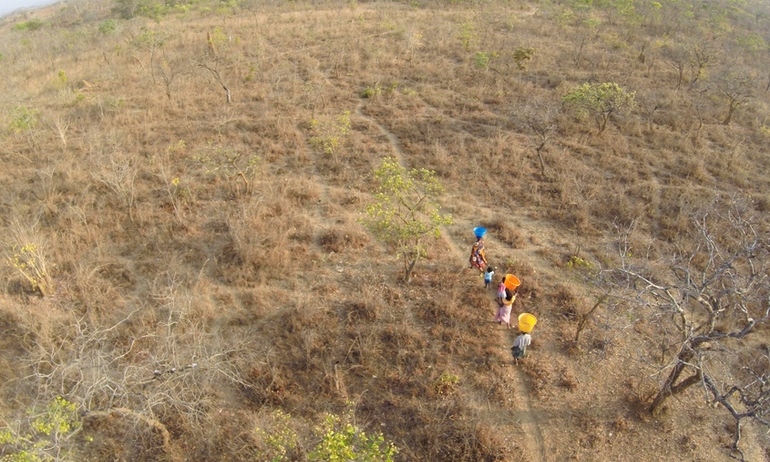 “How far would you walk for water?”

I work for a South African founded NGO, JAM, which is focused on providing food, safe drinking water, early childhood development and agricultural development. JAM provides school meals, safe drinking water, skills development, agricultural training and emergency food supplies in Mozambique,South Africa, South Sudan, Angola and Rwanda. I am fortunate enough to travel to these countries and document JAM's work. In 2014, I purchased a Phantom 2, which I use on JAM's behalf to help me better tell JAM's work in nutrition, water development, farming as well as the scale of the humanitarian emergency unfolding in South Sudan. In 2014, I camped in rural Angola, in an area called Cubal, Benguela Province. A major focus for us was to tell how communities live and how difficult it is to collect water that is not safe to drink. Every morning, women and children walk for miles to collect water. By using the Phantom 2, I'm able to show how far these heroic women walk each day and the bleakness of their environment. The Phantom has allowed to show the scale and scope of the siutation facing so many, but also helps to show how we work and where. DJI helps me fulfil JAM's vision of 'Helping Africa Help Itself', so thank you.