Make the World Your Digital Asset

Capture, analyze and visualize your environment with DJI Terra – an easy to use mapping software developed to help industry professionals transform real-world scenarios into digital assets. 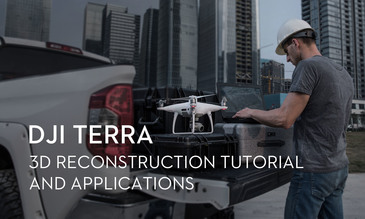 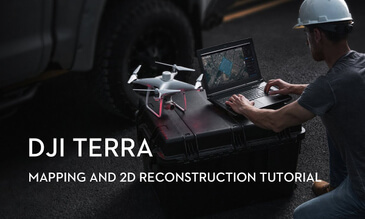 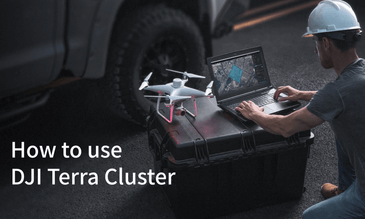 DJI Terra - How to use DJI Terra Cluster
Load more

Purchase and Preparation
1.How do I purchase DJI Terra?
DJI Terra Agriculture is available to order at the DJI online store.

2. The 2D locations of the images are continuous and do not show noticeable gaps;
- The reconstruction success rate is relatively low for images of large bodies of water such as the ocean; while for rivers and lakes, you should increase your mission altitude and make sure no more than 1/3 of any single photo is covered by water
- You may recapture the images if the locations are in hilly terrain and the overlap rate is lower than 60%. You should fly the aircraft at a higher altitude and ensure a sufficient overlap rate

3. Data was recorded from multiple trips, and the overlap rate between the trips is sufficient. Some trips do not appear in the reconstruction, while each trip can be reconstructed individually.
- The lighting conditions should not differ too much between the environments where the data was acquired. If some trips were recorded in the morning, while others were captured in the afternoon, the software may not be able to merge the data of different trips due to big contrasts in brightness
16.The texture of a glass building is distorted, or holes appear on reflective objects like cars or on white walls or lake surfaces.
1. Glass and car surfaces are not made of diffuse reflective materials. You may try shooting the images at a greater distance;
2. White walls and lake surfaces do not have textures. You may try shooting the images at a greater distance.
17.What files can I get from the 2D maps and 3D models built in DJI Terra?
2D reconstructions:
Results include map tiles shown in the app’s interface, digital orthophoto maps, and digital surface models in the GeoTIFF format used in UTM projections. 2.How are the vegetation indices calculated in the 2D multispectral reconstruction and what do they mean? 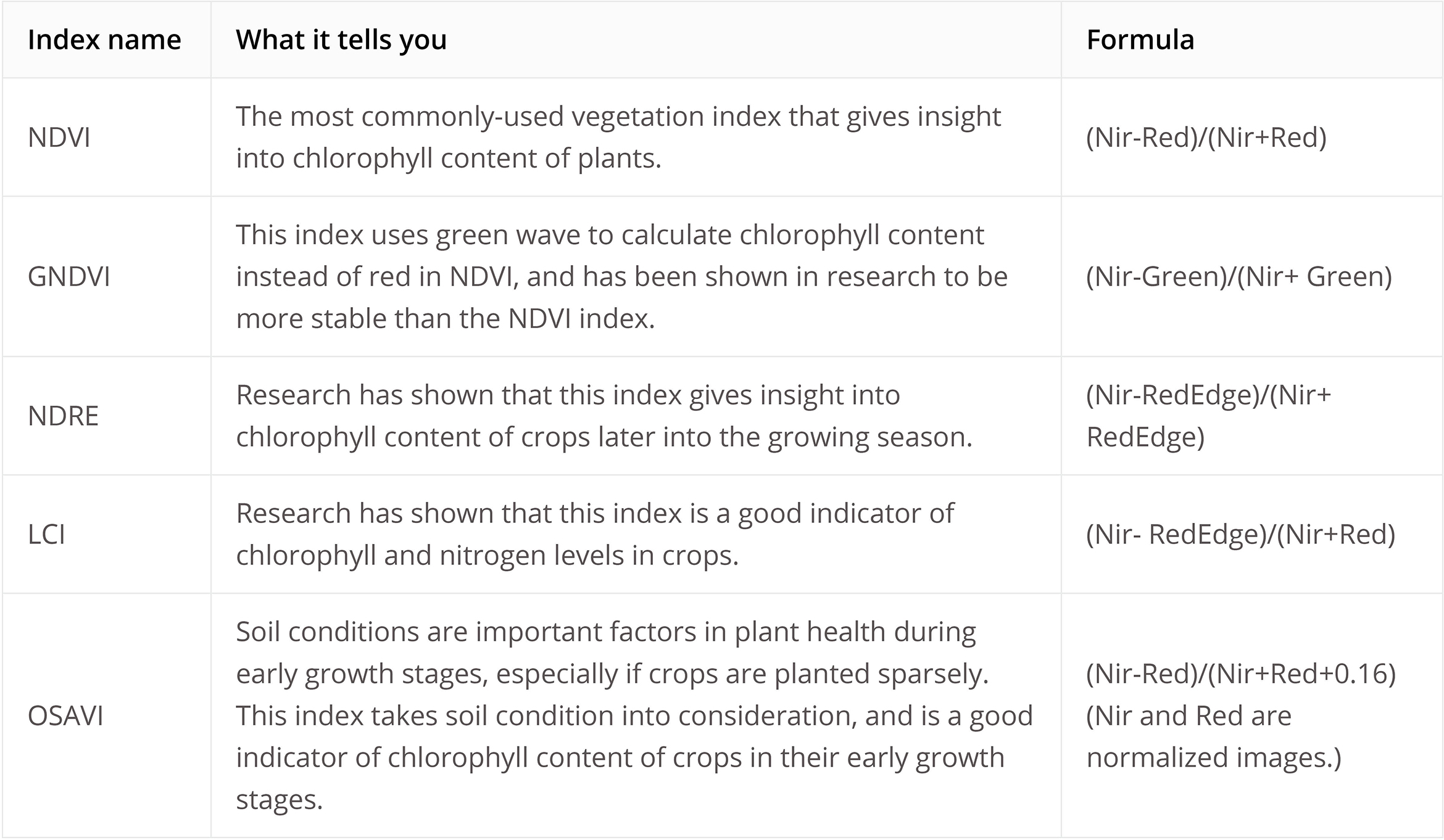 >> Cache directory.
2.Can I import models generated in DJI Terra into other software programs, such as Maya, Blender, SketchUp, and 3ds Max?
Yes, the .obj files generated in DJI Terra can be imported into Maya, Blender, SketchUp, and 3ds Max. Look up tutorials for the specific process for each software.
3.Can I embed a 3D model into a webpage?
Yes, .b3dm, .osgb, .ply and .obj files generated by DJI Terra are universal file formats and can be embedded into webpages. You can find instructions for embedding each of these formats online.
4.Can I use non-aerial images to build 2D or 3D models?
Theoretically they can be used to reconstruct 3D models although the quality might suffer. They cannot be used to build 2D reconstructions.
5.Can I process images taken from non-DJI drones in DJI Terra to build 2D and 3D reconstructions?
Theoretically yes for 3D models, but the results might not be as good as if you were to use DJI drones. The quality of the reconstructions will benefit from GPS or RTK positioning data on the images. Real-time 2D reconstructions are not supported.
6.What are some keyboard shortcuts that I can use in DJI Terra? 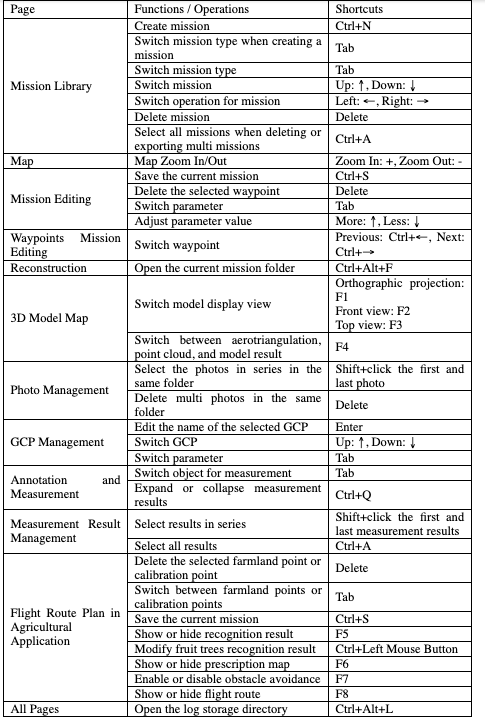 7.A prompt appears on DJI Terra saying that the maximum binding limit has been reached.
1. Check if there has been any hardware changes with the computers bound to the software. Any hard disk location changes or CPU replacements will invalidate the previous binding settings;
2. Check if you have bound any hardware device on a cloud server, such as Alibaba Cloud and Tencent Cloud, which will invalidate the previous binding settings.
8.DJI Terra keeps loading and fails to start normally.
1. Check if any other software (or a virus, Trojan horse, adware, etc.) has been installed on your computer that is preventing DJI Terra from establishing an internet connection. This can be solved by resetting the networks of the Windows system.
2. Check if any VPN software has been enabled. If so, disable the VPN or configure the VPN correctly.
9.The system says No license, Contact your local dealer.
You will see the following data in the log:
[GetAvailableFunc] iDate: 1596520841 iCurDate: 1596520513 iEndDate:1596729600
[GetAvailableFunc] Local license out of date.
iDate is the server’s time, and iCurDate is the current time of the user’s computer. The license cannot be used when iDate > iCurDate.
Usually the value of iCurDate should be greater than iDate. It is possible that your computer’s clock is slow. You may try resetting the time. Both Win7 and Win10 support automatic online time calibration. We suggest you enable this feature.