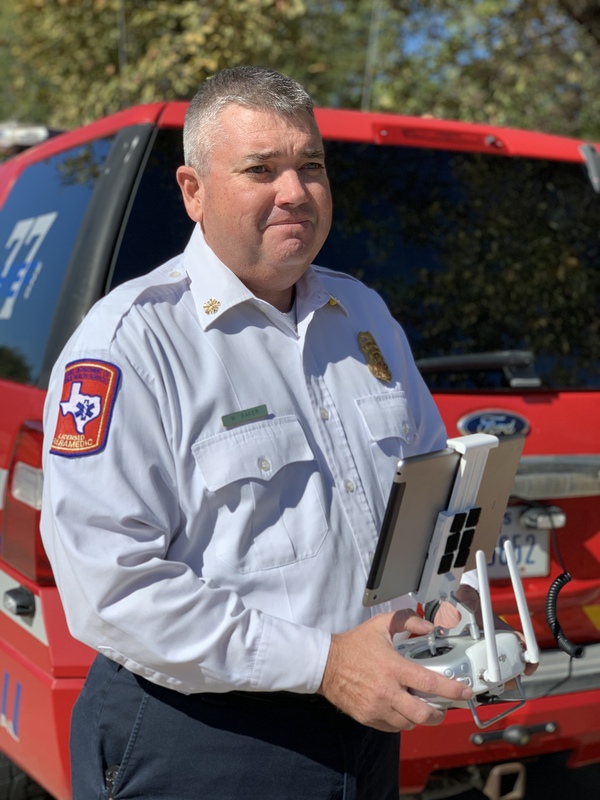 and aerial imaging technology, welcomes retired fire chief Wayne Baker as its new Director of Public Safety Integration, enhancing the company’s support for the police, fire and rescue personnel across America who rely on DJI products to protect the public.

Baker is a 26-year veteran of the fire service and recently retired after serving the past 10 years as Fire Chief and Emergency Management Coordinator for the City of Joshua, Texas. He is a founding member of the North Central Texas Public Safety UAS Response Team, where he worked with DJI to test and evaluate new drone platforms and thermal imaging cameras before they were publicly released.

“Joining DJI is a professional honor for me, and I’m glad to have a role where I can continue helping emergency professionals adopt and implement drones for public safety,” Baker said. “Throughout my career I have sought out, evaluated, trained and deployed the technologies and tactics that can protect civilian lives and property as well as protect the first responders who put their lives on the line every day. I’m looking forward to continuing this vital work and seeing the great things police officers, firefighters and rescue services do with drones.”

Baker will work with public safety agencies across the United States as they explore the technical challenges of establishing drone programs, training staff, maintaining equipment and operating most effectively. He pioneered using new technology in emergency response throughout his career, and over the past five years used his skills as an FAA-certified public safety drone pilot at countless fire, police and rescue incidents.

“Wayne’s insight and experience as an expert user of DJI drones, cameras and systems has helped him become one of America’s lead developers of public safety drone training, deployment tactics and program policies,” said Romeo Durscher, DJI Senior Director of Public Safety Integration. “Adding Wayne to our team allows the entire DJI community to benefit from his experience developing training, tactics and policies for drones in public safety.”

A photo of Baker is available for download at this link.